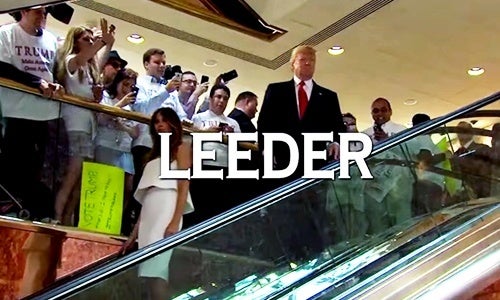 After winning the Nevada Republican caucuses, Donald Trump used his victory speech to show his affection for the poorly educated among his fan base.

These champions of Trump believe the U.S. needs a “leeder,” a president who will take on the “terists” and lock down the “Mexico/Merica” border.

Sure, it’s a gag, but with 20 percent of Trump backers going on record with their belief that that slavery was a good thing this country gave up on way too soon, it’s probably not so far off the mark.