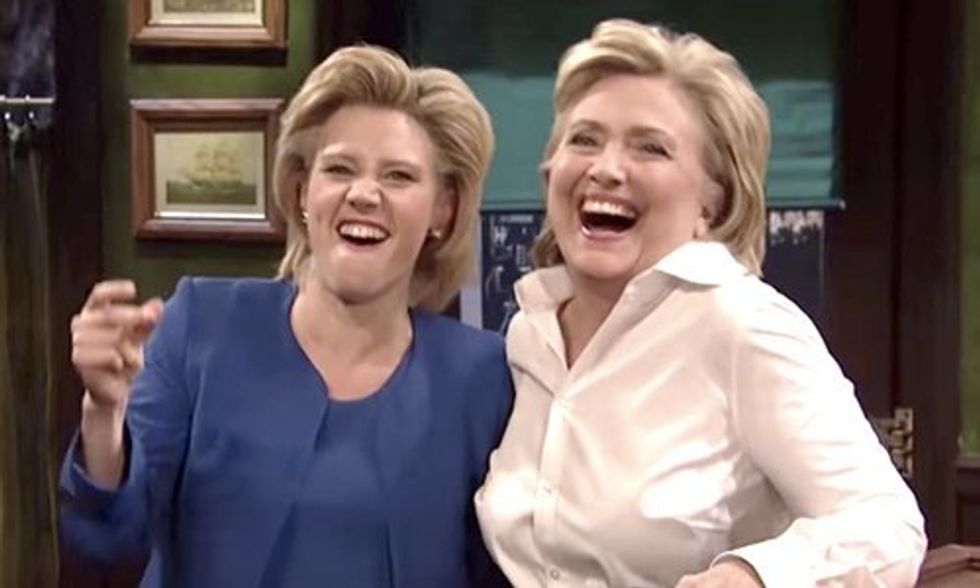 If you missed the season premier last night of Saturday Night Live, you missed Hillary Clinton playing a sympathetic bartender named "Val" who served SNL's Kate McKinnon vodka as she did her much celebrated impression of Clinton.

"Hillary" started by sharing with "Val" that she's "had a hard couple of 22 years." "Val" then shared that she's "just an ordinary citizen who believes the Keystone pipeline will destroy our environment." "Hillary" responded, "I agree with you there. It did take me a long time to decide that, but I am against it."

Next, the conversation turned to Donald Trump. "Hillary" said, "Oh Val, I'm just so darn bummed, all anyone wants to talk about is Donald Trump." "Val" replied with a great impression of Trump and said, "Donald Trump? Isn't he the one that's like 'Uh, you're all losers?'"

There are many other hilarious moments in this segment too. Watch here: