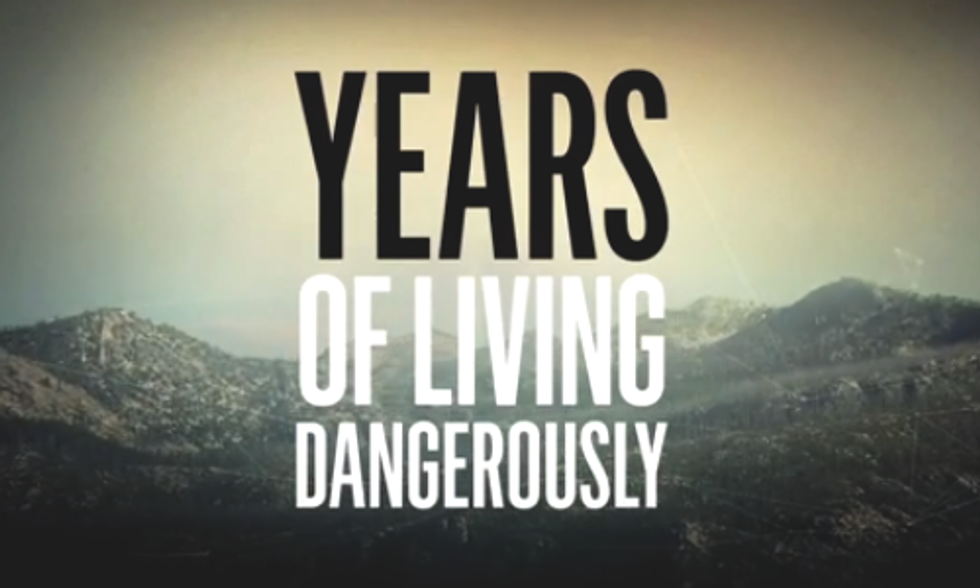 Years of Living Dangerously, the first-ever series solely about climate change premieres at 10 p.m. Sunday on Showtime, but you don't have to wait that long to watch the first full episode.

Luckily, producers have created a YouTube channel and uploaded the entire 60-minute debut—not something I'd count on happening every week.

In this first episode, we're taken across the world to get various climate-related answers from experts, as well as residents who have been reduced to praying for rain in Texas and examining forests in Indonesia that sit on peat, a substance that could release ample carbon into the air in the event of a forest fire.

Some of Hollywood's brightest stars, like Don Cheadle and Harrison Ford, go on their own expeditions measuring methane with NASA scientists and trying to understand why some accept manmade climate change and others say droughts and extreme weather are no more than acts of God. Meanwhile, journalist Thomas L. Friedman explores a drought that influenced conflict in three Middle Eastern countries.

Over the next eight episodes, the series will feature reports from journalists like Chris Hayes and Lesley Stahl, as well as actors like Matt Damon and Olivia Munn.