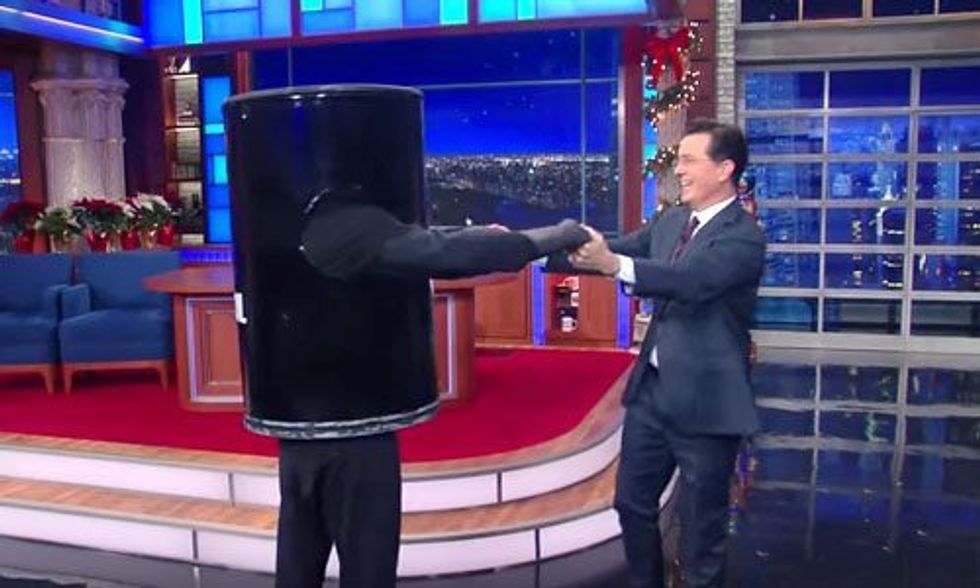 Last night on the Late Show with Stephen Colbert, Colbert talked about the Paris Agreement. At first, he seemed thrilled about the outcome. "Whoo! The world will stay hospitable for human life," he cheered. Then he cracked, "that's setting the bar about as low as it could possibly go."

Colbert said, "It's about time," noting how unseasonably warm it's been in New York City and the rest of the eastern U.S. lately. He claimed he did his Christmas shopping in flip flops and a halter top.

In a nod to the agreement, which requires phasing out fossil fuels soon after mid-century, Colbert said goodbye to his friend, a barrel of oil named Crudy Giuliani, by dancing to Total Eclipse of the Heart.