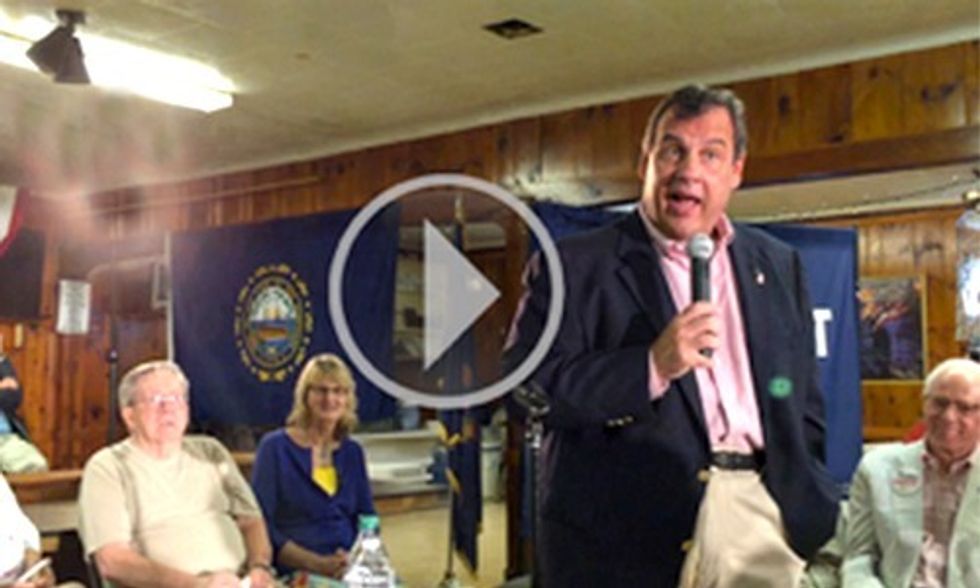 During an Aug. 4 meet and greet in Manchester, New Hampshire, Christie was filmed telling Granite State voters that “breathing” contributed to climate change. This weekend when a NextGen Climate volunteer asked Christie whether he stood by these comments, Christie called the statement “ridiculous,” denied ever making the comments and then touted his record of supporting solar energy in New Jersey.

Watch the video of Christie’s comments during both events:

When it comes to addressing climate change, Christie is right to walk back his climate change denial and instead focus on the importance of concrete solutions that combat climate change, grow our economy and create jobs. As governor of New Jersey—one of the top ten solar producing states in the country—Christie rightly cites that private business and government should work together to create jobs and build a clean energy economy.