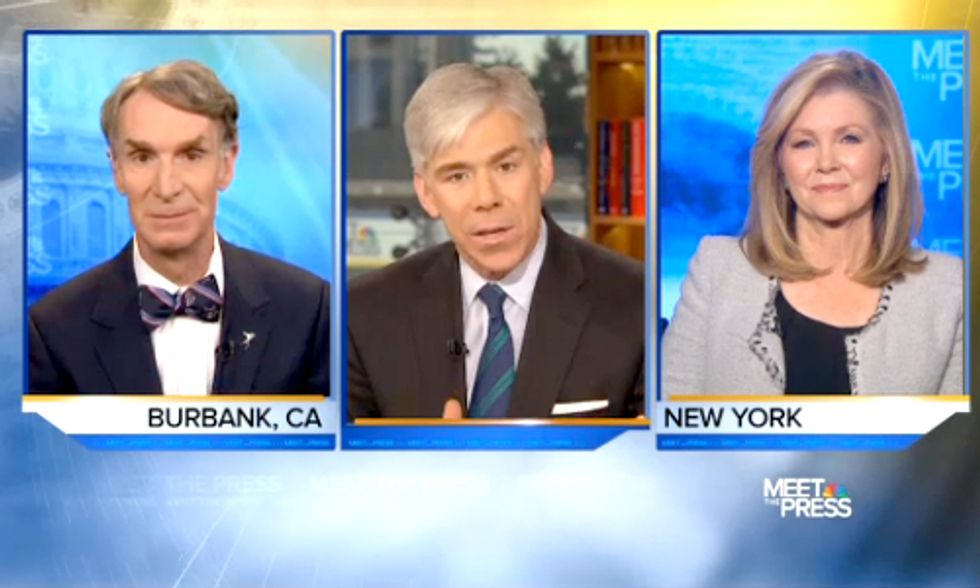 Bill Nye, best known for his stint as "The Science Guy" on a children's education series, says we need to use every available resource to address climate change now before it's too late.

"It would be [in] everybody's interests to just get going," Nye said Sunday morning on NBC's Meet the Press.

"The more we mess around with this denial, the less we're going to get done."

Nye was charged with the task of debating U.S. Rep. Marsha Blackburn, a Tennessee Republican who flat out says that climate change is 'unproven,' despite numerous reports and an acknowledgement from President Barack Obama's recent State of the Union address.

"Neither he nor I are climate scientists," Blackburn said. "He's an engineer and actor; I'm a member of Congress ... There is not consensus there."

Climate change also played a part in a highly publicized debate earlier this month between Nye and Ken Ham, head of the Creation Museum in Kentucky.