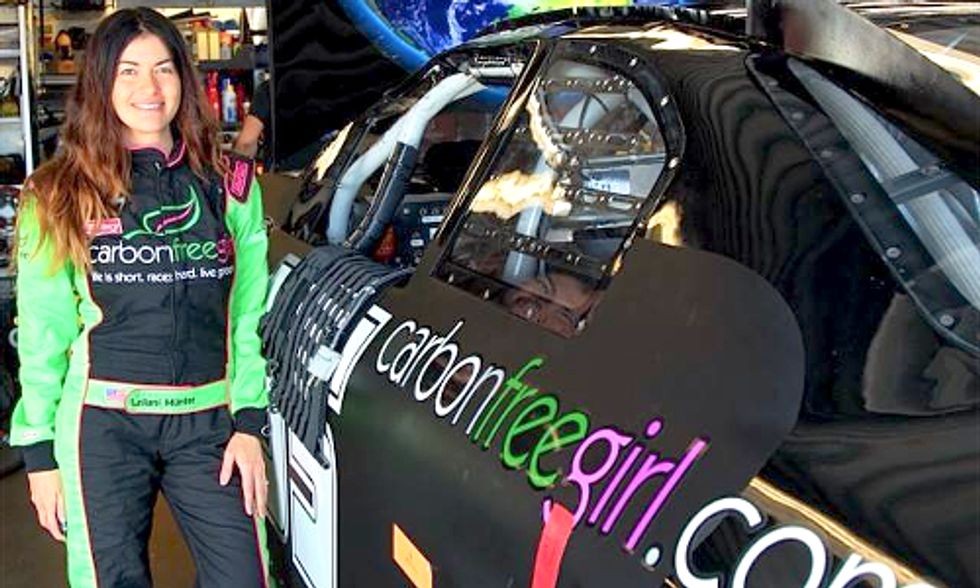 About three years ago, Leilani Munter, an Automobile Racing Club of America driver dubbed the "Carbon-Free Girl," set out to go solar at home and electric on the road when she wasn't competing.

The driver's goal became a reality this week when Boulder, CO-based Main Street Power installed panels on her home after she made it known that she wanted to charge her Tesla with 100-percent renewable energy.

"Dear Oil, I'm breaking up with you," Munter writes in a letter depicted in her "Goodbye Oil, Hello Sunshine" video posted this week to her Vimeo account.

Munter was once named The Discovery Channel's top eco-athlete. In 2007, she became the first carbon-neutral race car driver, commiting to adopt an acre of rainforest for every race she runs to offset the carbon footprint of her race car.

A year later, she became the first ambassador of the National Wildlife Federation and began advocating on behalf of renewable energy to Congress.

Her next race is at 4 p.m. EST today at the Daytona International Speedway in Florida.