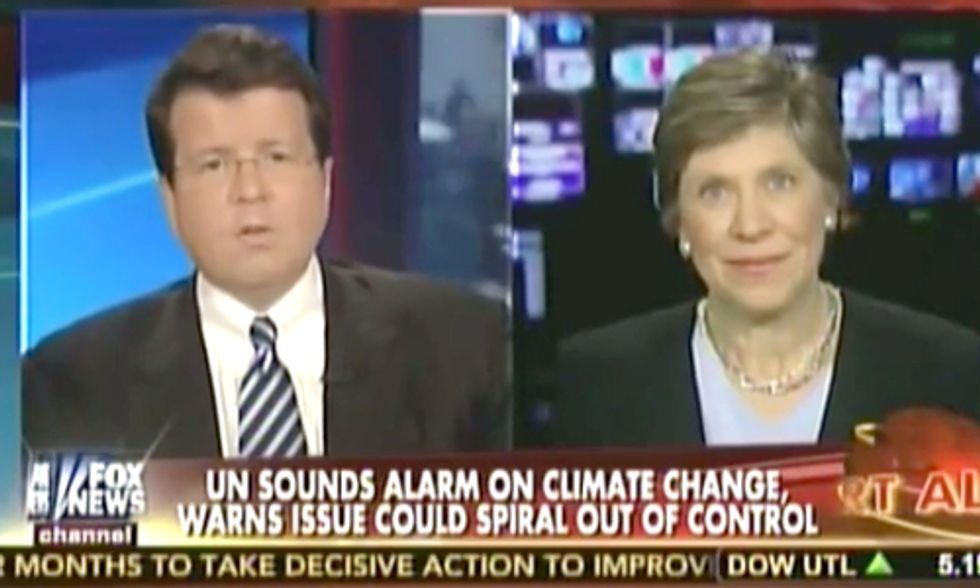 Unfortunately, Fox News was not playing an early April Fools' joke this week when anchor Neil Cavuto began a segment by attacking the United Nations for releasing the most groundbreaking report on climate change you may have ever seen.

It's understandable if you did think it was a prank. After all, seconds into the discussion, guest Claudia Rosett of the Foundation for Defense of Democracies deemed the Intergovernmental Panel on Climate Change (IPCC) report as an example of the U.N.'s "perverse priorities."

No, there's nothing more perverse than educating the world on the prospects of migration, resource depletion and global warming.

Media Matters for America examined the reactions of cable news networks to the IPCC report. While Fox, known for its climate denial, actually spent more time talking about the report's implications than CNN, that time was spent blasting the organization. Curiously, Cavuto and Rosett criticize the U.N. for prioritizing the IPCC in favor of potential conflicts, even though the report spends ample time discussing the resource wars that could arise from ignoring climate change.

“We live in an era of man-made climate change,” said Vicente Barros, co-chair of the Intergovernmental Panel on Climate Change’s (IPCC) Working Group II, which compiled the report. “In many cases, we are not prepared for the climate-related risks that we already face. Investments in better preparation can pay dividends both for the present and for the future.”