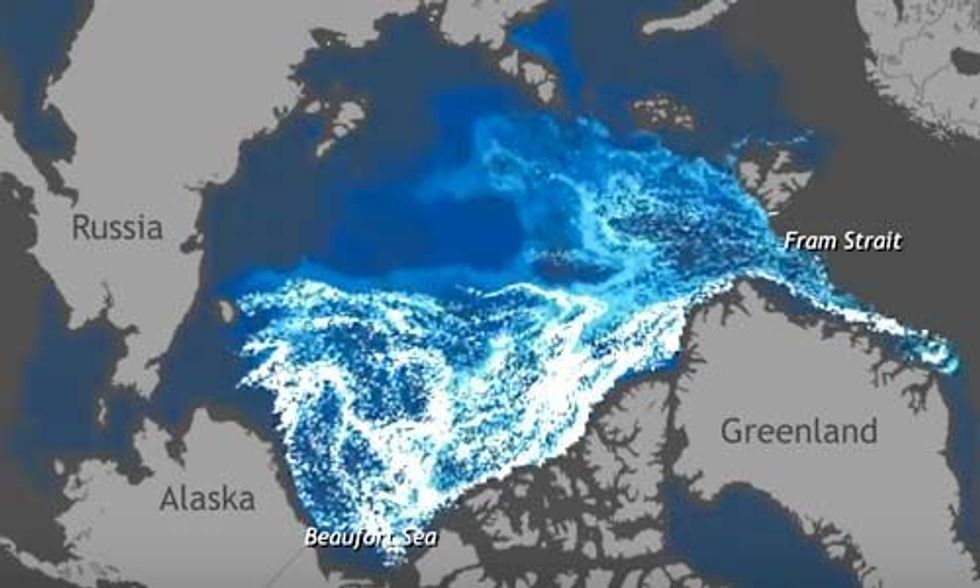 Recent social media posts by The Climate Reality Project are featuring the National Oceanic and Atmospheric Administration (NOAA) one-minute video animation that tracks the relative amount of ice of different ages from 1987 through early November 2014.

According to NOAA, decades ago, the majority of the Arctic's winter ice pack was made up of thick, perennial ice. Today, very old ice is extremely rare.

Check out the video, produced by the Climate.gov team and based on data provided by Mark Tschudi, here: