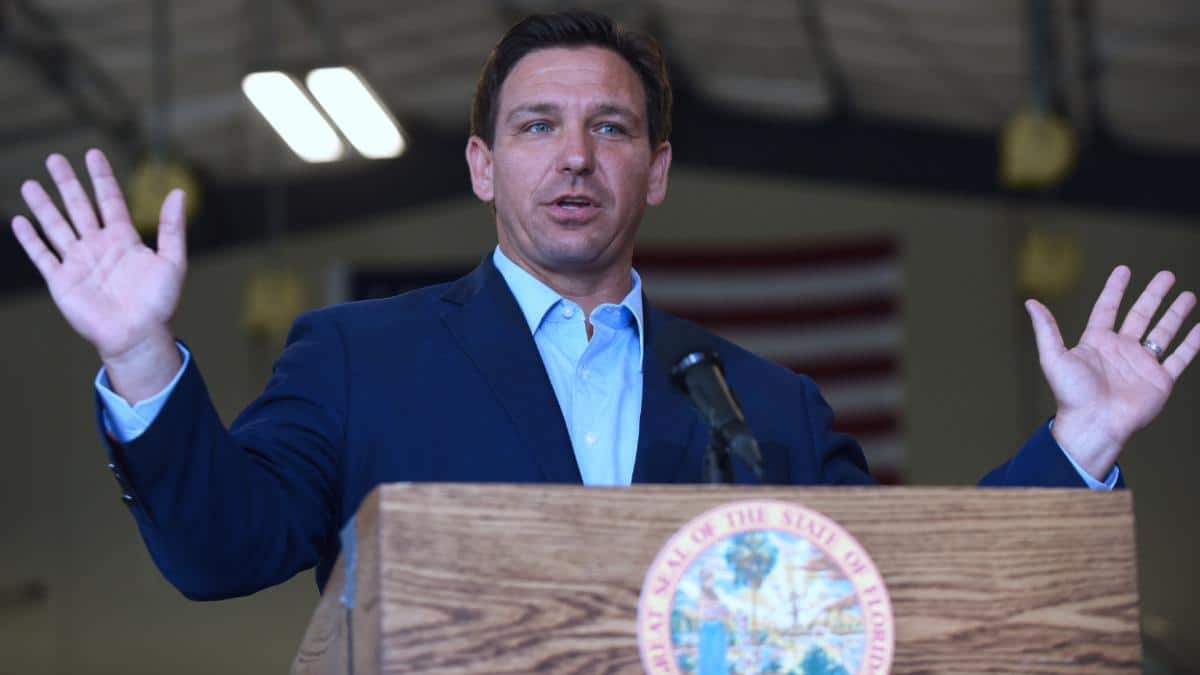 Florida Gov. Ron DeSantis declared a state of emergency Saturday after a leak at a wastewater pond posed a major flooding threat and prompted more than 300 homes to be evacuated.

Officials said that water pouring out too quickly posed the greatest risk. The latest projection shows that 340 million gallons of wastewater could rush out within minutes, potentially creating a wall of water 20 feet high.

“What we are looking at now is trying to prevent and respond to, if need be, a real catastrophic flood situation,” DeSantis said at a press conference, The AP reported on Sunday.

Officials first detected the leak on Friday in a Piney Point reservoir pond located in the Tampa Bay area. The pond is 33 hectares and 25 feet deep and contains millions of gallons of water contaminated with phosphorus and nitrogen from an old phosphate plant, The AP reported on Saturday. This led the Manatee County Public Safety Department to send out two evacuation notices Friday evening warning of an “imminent uncontrolled release of wastewater,” WFLA 8 reported.

A total of 316 homes were impacted by the evacuation orders, The AP reported. To prevent flooding, officials are now pumping water out of the reservoir at a rate of 22,000 gallons per minute and transferring it to Port Manatee. Manatee County Administrator Scott Hopes said that they were hoping to increase that rate with more workers, and that the risk of collapse should decrease by Tuesday.

The water contained in the wastewater pond is not radioactive and “meets water quality standards for marine waters with the exception of pH, total phosphorus, total nitrogen and total ammonia nitrogen,” The Florida Department of Environmental Protection said, according to NPR. “It is slightly acidic, but not at a level that is expected to be a concern.”

However, officials are worried that a collapse of the leaking pond could destabilize other nearby ponds that are more polluted.

“The pond is basically salt water. We saw ducks yesterday, there are snooks swimming in there. It’s sustaining wildlife. That’s not the case for the other two pools,” Hopes told The AP on Saturday.

The ponds are located amidst a stack of phosphogypsum, the radioactive waste from processing phosphate ore into phosphoric acid for fertilizer, and the incident calls attention to the problems of storing this waste.

“This environmental disaster is made worse by the fact it was entirely foreseeable and preventable,” Jaclyn Lopez, Florida director at the Center for Biological Diversity, said in a press release. “With 24 more phosphogypsum stacks storing more than one billion tons of this dangerous, radioactive waste in Florida, the EPA needs to step in right now. Federal officials need to clean up this mess the fertilizer industry has dumped on Florida communities and immediately halt further phosphogypsum production.”

Phosphogypsum contains radium-226, which has a half life of 1,600 years. The waste product can also contain toxins such as arsenic, lead and mercury. Its storage is an ongoing problem for Florida and other states. In 2004, a breach at a stack in Riverview, Florida, sent millions of gallons of polluted water into Tampa Bay. In 2016, a sinkhole opened beneath a different phosphogypsum site and contaminated an aquifer with 215 million gallons of waste. Meanwhile, in Louisiana, a stack began to shift in 2019, prompting emergency action. There are also phosphogypsum stacks in Arkansas, Idaho, Illinois, Iowa, Mississippi, Missouri, North Carolina, Texas, Utah and Wyoming.

“Phosphogypsum stacks are getting bigger and more dangerous by the minute, and Piney Point’s fate could befall them all,” Environmental Attorney Rachael Curran said in the press release. “We need real solutions that start with halting the addition of any phosphogypsum and process water to active stacks so that we can deal with the problem we already have. Underground injection control wells or building radioactive roads out of phosphogypsum are dangerous, unacceptable distractions.”