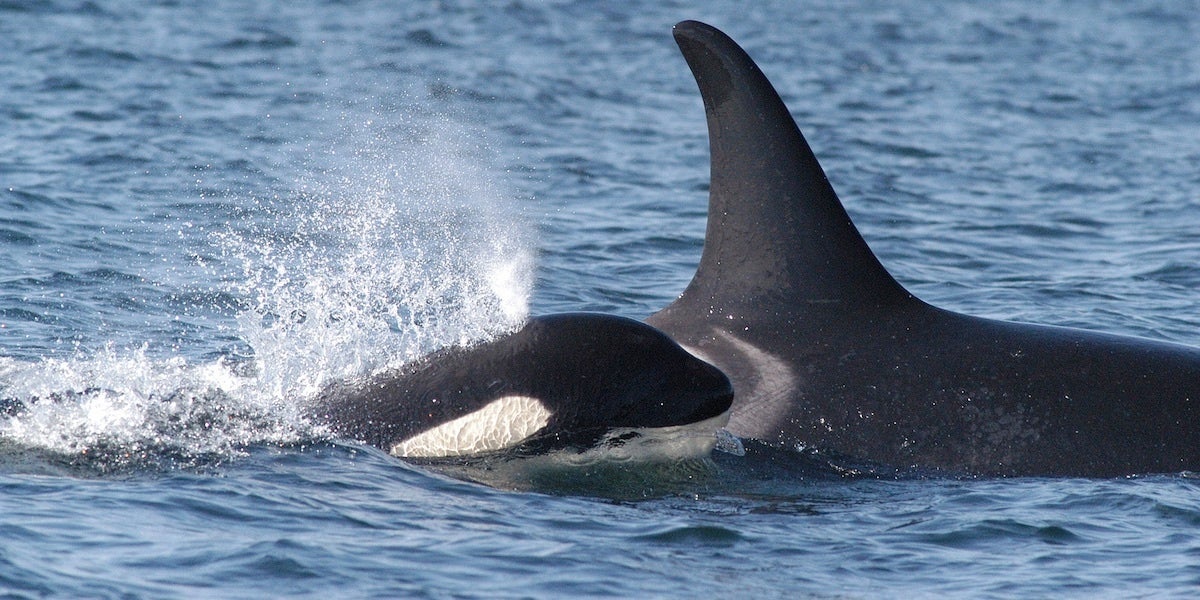 With only 74 left in the wild, the Southern Resident orca population in Puget Sound needs help now more than ever. That’s why on Thursday, Washington Gov. Jay Inslee’s office announced “an unprecedented investment” to help boost the population as well as the Chinook salmon they eat.

“We are undertaking a herculean effort to save these iconic creatures. It will take action at every level of the environment across our entire state,” Inslee said in a news release. “We need to restore the ecosystem to one that sustains orcas, salmon and the quality of life for all Washingtonians.”

We are undertaking a herculean effort to save these iconic creatures. It will take action at every level of the environment across our entire state. We need to restore the ecosystem to one that sustains orcas, salmon and the quality of life for all. #waleghttps://t.co/WKQvheqM2k

The population of the beloved killer whales is at a 30-year low. Their plight was underscored this summer when a mother whale Tahlequah, or J35, carried her dead calf for at least seventeen days and 1,000 miles in her heartbreaking “tour of grief” this August.

Then in September, the ailing J50, another member of Tahlequah’s pod, was declared missing and presumed dead after a three-day search in the waters between Washington state and Canada.

Inslee’s orca recovery plan is part of his 2019–21 state budget, which proposes about $1.1 billion in combined investments to address the main problems faced by the critically
endangered killer whales: a lack of salmon; toxic contaminants; and vessel traffic and noise.

Much of the investment will go towards improving the diets of Southern Resident orcas, which mostly eat Chinook salmon. But the salmon’s numbers are down 60 percent and if they continue to decline, the orca population will too.

For that reason, Inslee’s proposed budget will provide $363 million in the capital budget for salmon recovery, culvert removal, water quality and water supply projects that will expand and improve salmon survival across the state.

Other proposals include a ban on commercial whale-watching of the Southern Residents for three years, increasing the distance boats must stay away from the orcas from the current federal rules of 200 yards to 400 yards, reducing risks of catastrophic oil spills, and removal and prevention of toxic contaminants in the waters. The money will also go towards scientific research and monitoring efforts. 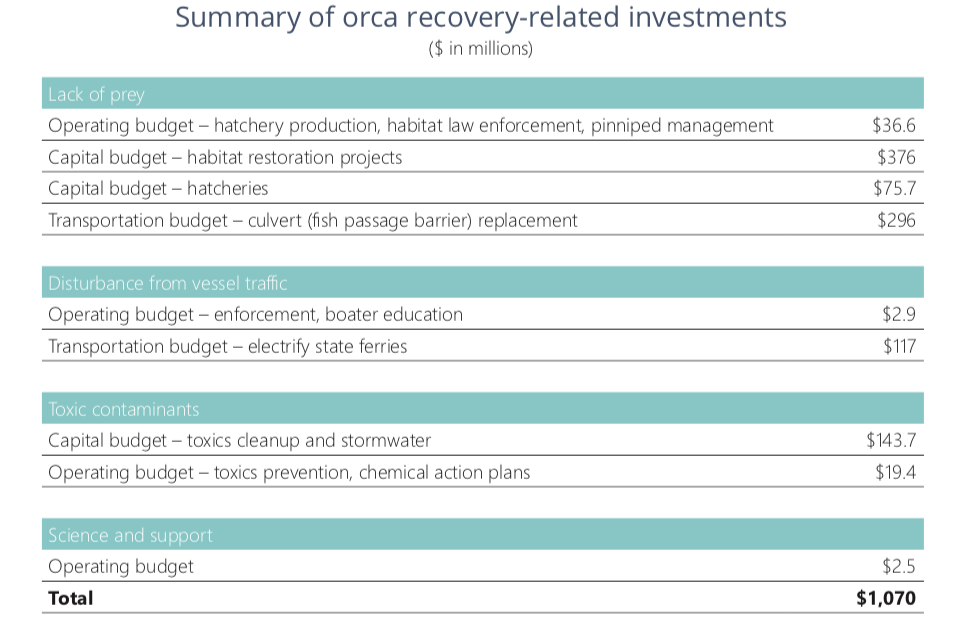 Inslee’s orca recovery plan follows recommendations issued this fall by the governor’s Southern Resident Orca Task Force. The
task force recommended an initial target of increasing the population to 84 orcas over the next decade.

Tax increases will be needed to pay for Inslee’s plan, the The Seattle Times reported.

The Democratic governor, who is “not ruling out” 2020 run for president, is a strong climate and environmental advocate. Saving the orcas will require the sacrifices of the state residents to help the imperiled orcas, he told the Times.

“Everybody is involved in this mission and everyone has to be for it to succeed,” Inslee added. “These expenditures have to be done now. There are lots of things in life you can put off for a decade. This is not one of them … This is a one-time shot.”