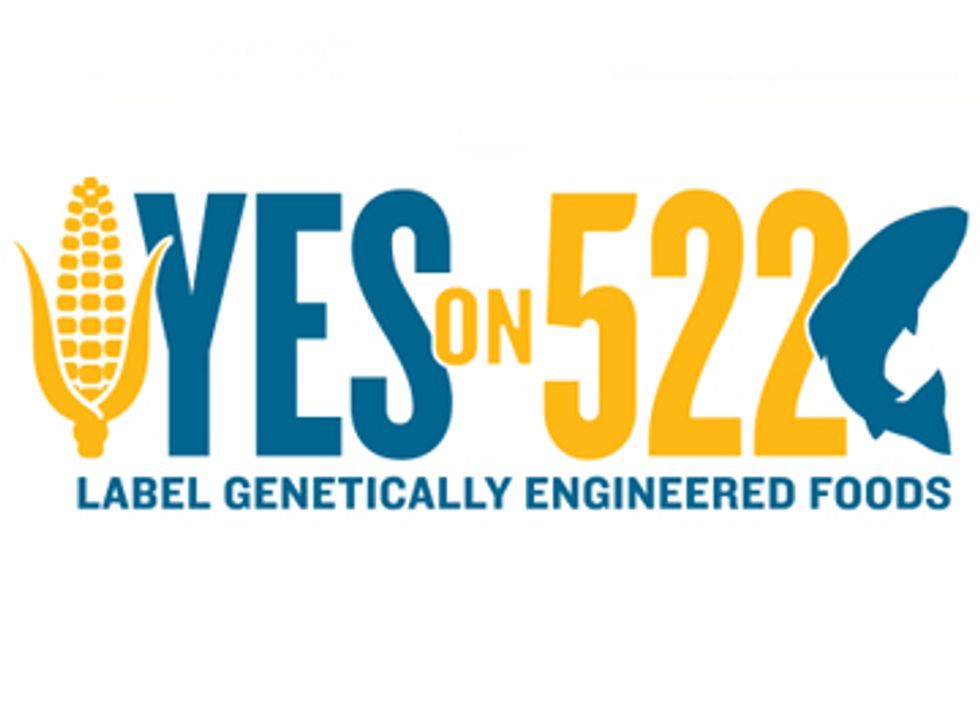 While the food movement has been gaining steam in recent years, tangible policy wins have been sparse due to by powerful industry lobbying. One significant victory that appears within reach is the labeling of genetically engineered (GE) foods. The narrow loss last fall of Proposition 37 in California has inspired 26 other states to propose similar measures, including Washington, the only state with a ballot measure in November’s election.

These efforts are gaining some momentum. For example, legislatures in Connecticut and Maine have both passed bills that would require labeling of GE foods. (Connecticut’s bill has been signed by the governor while Maine’s still awaits signature.) But there’s a catch. The labeling requirement in each of these bills won’t be triggered until several additional states enact similar laws. It’s a shame that advocates had to agree to such a huge compromise to get these bills passed, but that comes with the territory in the legislative process.

In contrast, Initiative 522 in Washington State is the only GE labeling measure currently in play that will let the voters decide. No legislative shenanigans can possibly water down the language of I-522. If passed, the law would require GE foods sold in Washington State to be labeled, period. This means Washington State could become the first state in the nation to implement labeling of GE foods—putting aside the likely scenario where industry sues to delay enforcement.

A win there is more likely considering Washington State’s long history of policy “firsts,” particularly by popular vote. For example, in 1970 Washington was the first (and only) state to legalize abortion by a popular vote. In 2007, Washington became the first state to ban texting while driving. More relevant to the GE food issue, in 1993, the Washington State Legislature unanimously passed the nation’s first law requiring labels on salmon to say where the fish came from and if it was farm-raised or wild.

The importance of winning in Washington State for the national GE labeling movement cannot be overstated. While some may prefer a national solution to labeling GE foods versus going state by state, history has shown that Washington, D.C., is gridlocked and we won’t get movement at the federal level until the states take action on this issue. For example, the federal government recently set nutrition standards on certain school foods, but only after numerous states and local school boards enacted such policies, putting pressure on the U.S. Department of Agriculture to take action.

Moreover, the food movement needs a win in Washington to show its political muscle. President Obama has said he wants to see evidence of the food movement, and this is our chance to show it to him, the rest of the nation and the world. (We should be embarrassed that 64 other nations require GE food labeling and that we are one of few developed nations that does not do so.)

While market-based solutions such as voluntary announcements by Whole Foods and others to require their suppliers to label GE ingredients in their products are a good step, they are insufficient. Most people don’t shop at Whole Foods or other specialty stores. We need a solution for all shoppers, and especially not just those who can afford to buy organic or happen live in places where organic food is widely available.

In contrast to the opposition’s rhetoric, labeling GE foods is really not that different than other sorts of food labeling that we currently take for granted. For example, the “Nutrition Facts” panel on food packaging wasn’t always there—it started in the early 1990s-thanks to advocacy efforts. Same is true for allergen labeling, which can be a matter of life and death. We label everything from food dyes to serving sizes and it’s no big deal.

And yet the food industry is making it a big deal. They’re already lining up the usual suspects and spouting familiar talking points to oppose I-522 in Washington State.

At least three of the campaign consulting firms that worked on California’s Prop 37 are on the payroll for No on 522; most significantly, the lead firm of Winner & Mandabach. While based in Los Angeles, CA, this political powerhouse has fought several initiative battles before in Washington, including for privatizing liquor sales and repealing soda taxes.

In addition, all of the money donated to the No on I-522 campaign (about a million dollars so far) is coming from five out-of-state corporations. And the No campaign doesn’t even have a place for individuals to donate on its website, which could explain why it’s funded only with corporate money. In addition to the junk food maker’s trade group, the Grocery Manufacturers of America, the opposition’s funders are Monsanto, DuPont, Bayer and Dow Chemical.

Last year, proponents of GE labeling were outspent by the No campaign five to one in California. Opponents will outspend the Yes side again, which is why now is the time to support the Yes on 522 campaign. Don’t wait until later in the fall, thinking there is still time. The campaign needs resources now to take on the big pesticide and chemical companies, who are already playing from the same playbook, and may stoop to even new lows this time.

But we can stop them by supporting Yes on 522. The effort to label GE foods may not have as good a shot at winning again for quite a while. The time is now.