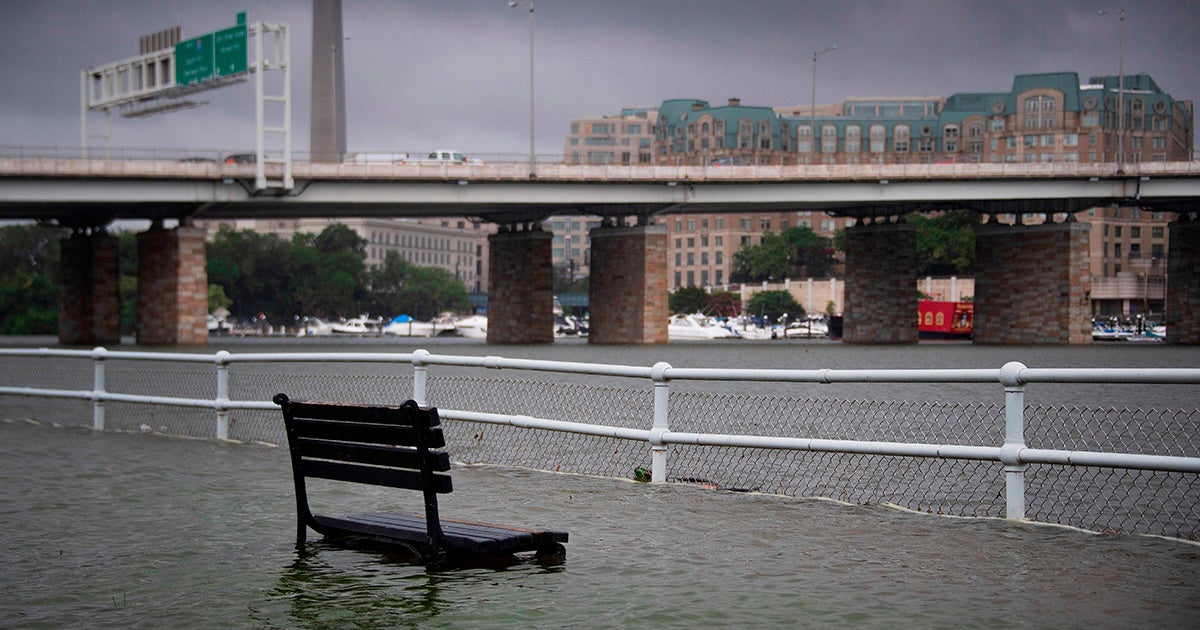 The Washington, DC region received a month’s worth of rain in one hour Monday, leading to the most severe flooding in the area in recent years, The Washington Post reported.

The climate crisis has led to an uptick in extreme downpours, since warmer air can hold more moisture, according to the National Climate Assessment. Meteorologist Alex Lamers said that Monday’s downpour had a less than 1 percent chance of occurring in a given year.

Radar seemed to slightly underestimate the rainfall as well. Even if you’re generous with the placement of the sample point, #DCA measured ~21% more rain. If the same bias occurred elsewhere in the metro, some places (like Arlington) maybe had 4+ in/hr rain rates? pic.twitter.com/1gcZrEJZzK

In total, Ronald Reagan Washington National Airport recorded 3.3 inches of rainfall between 9 and 10 a.m. and 3.44 inches total, according to The Washington Post. That number broke DC’s total rainfall record for the date, which was previously set at 2.16 inches. Other areas that recorded high rainfall totals included North Potomac, Maryland with 5.55 inches, Gaithersburg, Maryland with 4.64 inches, Oakton, Virginia with 4.93 inches and Arlington, Virginia’s Westover neighborhood with 4.5 inches.

One commuter posted a video to Twitter after driving through a flooded Virginia Avenue Tunnel.

“You’re going to need a boat,” they warned other commuters.

You’re going to need a boat to pass underneath the Virginia Ave. underpass on I-66 in NW D.C. @WTOP pic.twitter.com/7mWDWgjeoE

Department of Transportation & Environmental Services Deputy Director in Alexandria, Virginia Jeff DuVal told CNN it could take a while for the flooding to go down and roads to reopen.

“Even though the rain has slowed down, the intersections and roads will remain flooded because the drains simply can’t handle the volume of rain that’s being sent their way,” DuVal told CNN. “There is no way of knowing how long it will take for the flooding to subside.”

Got to see a waterfall today during my morning commute #VSquare pic.twitter.com/e3i0sCmxGo

The flooding also reached the halls of power, causing leaks in the Pentagon and flooding in the White House basement.

CNN Pentagon correspondent Barbara Starr photographed water entering the second floor of the Pentagon from both rain dripping down from the fifth floor and the Potomac River seeping in from below.

The Pentagon "leaks" …this is second floor entrance this morning. Keep in mind the second floor, leaking from rain coming in from the fifth floor ceiling and somehow also bubbling up from Potomac River below. Keeping good thoughts for colleagues and neighbors w/water damage. pic.twitter.com/1gxdfqVkHn