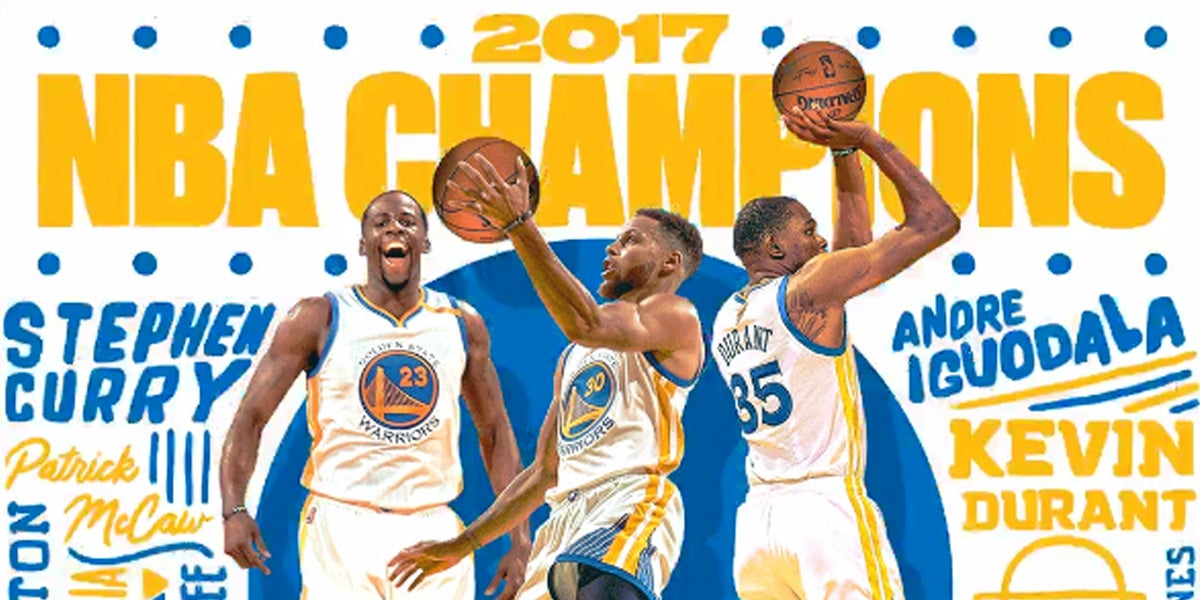 [Editor’s note: At the time of publishing this article, Josh Brown, star of CNBC’s The Halftime Report, had reported that the Golden State Warriors had unanimously decided to skip the traditional White House visit. However, a statement released Wednesday by the Warriors said: “Today is about celebrating our championship. We have not received an invitation to the White House, but will make those decisions, when and if necessary.”]

It was a tough night last night if you’re a Cleveland Cavaliers fan, but the Golden State Warriors played an incredible postseason and won a well-deserved national championship in Game 5 of the NBA finals.

As the celebrating continues, news broke today via Josh Brown, star of CNBC’s The Halftime Report, that the NBA champions have unanimously decided to skip the White House visit, a tradition winning teams of America’s major sports leagues have been doing for decades. Or at least that was what they did before Donald Trump took office.

In February, it was reported that six New England Patriots players, after winning the Super Bowl, said they were skipping a visit with Trump.

Though the Warriors have not yet released a statement as to why they are refusing the trip, players have publicly criticized President Trump for many of his policies.

Warriors guard Shaun Livingston said in February that he would not visit the White House if the team wins the championship, saying he is not a fan of the president’s politics.

“I really feel that my views would keep me from going and visiting,” Livingston told 95.7 The Game. “Just with everything that’s going on right now, I just don’t agree with a lot of stuff that’s happening.”

Environmental issues have not yet come up as one of the reasons the team is not visiting the White House, but the NBA is well-known for their support of renewable energy and other eco-friendly initiatives.

NBA Green is a one-stop-shop to learn about all the eco-programs the NBA touts, including powering All-Star events with 100 percent renewable energy, and encouraging people to install solar panels on their home, invest in weather-proofing for their windows and doors, and buy Energy Star appliances, a program President Trump wants to eliminate.

Plus, the Golden State Warriors were the first NBA team to install solar panels on its state-of-the-art practice facility in Oakland, California.