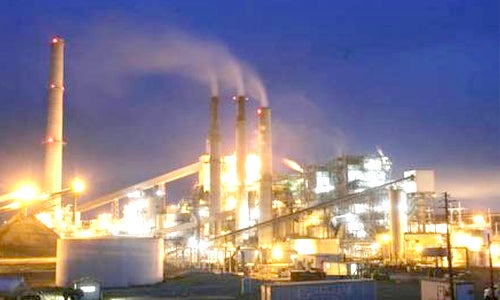 One of the dirtiest coal-fired power plants in the U.S. will soon shut down, thanks to a well-known billionaire and previously passed legislation.

As part of its acquisition of Nevada’s largest utility, NV Energy, Warren Buffett’s Berkshire Hathaway also inherited Reid Gardner, a 557-megawatt (MW), coal-fired energy plant near Las Vegas. The massive structure, which has a history of recognition among the country’s dirtiest carbon polluters, won’t be a lasting legacy of NV’s profile.

NV plans on shutting down three of Reid Gardner’s units that generate about 300 MW by the end of this year, according to the Las Vegas Review-Journal. The remaining 257 MW would be closed by the end of 2017. In all, the company wants to end all of its coal operations by 2019. 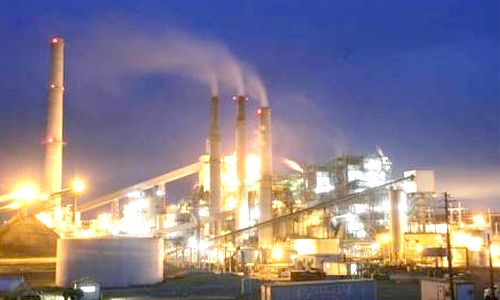 Coal-fired plants will soon be a thing of the past for NV Energy. Photo credit: OccupyLV.org

As The Atlantic points out, the utility’s decision is tied to state legislation passed last year requiring the company to eliminate 800 MW of coal energy in favor of renewables. That passage was influenced by years of fighting for cleaner air by the Moapa Band of Paiutes, a Native American community that lives near Reid Gardner.

The state utilities commission has 180 days to approve the plan, which would also include a new solar project totaling 200 MW of clean energy on the Moapa Band of Paiutes reservation. The land is about 70,000 acres and has enough to space to also support the 1.5 gigawatts of renewable energy the Moapa Band of Paiute wants to construct through a joint venture announced last year with Terrible Herbst Inc. and Stronghold Engineering Inc.

“This is going to provide a strong economic base for the tribe,” Sandy King, director of renewable-energy project development at Stronghold, told Renewable Energy World.