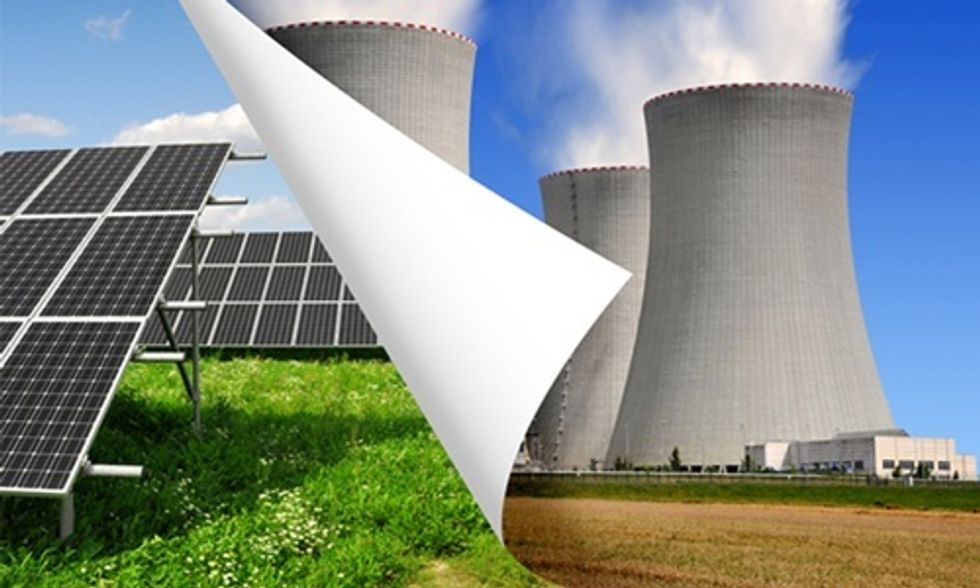 Investors in fossil fuels are being warned that they may risk losing their money, because the markets for coal and liquefied natural gas are disappearing.

In both cases it is competition from renewables, principally wind and solar power, that is being blamed for the threat. The cost of electricity from renewables continues to fall in Europe and Asia as the numbers of wind and solar installations grow in both continents, cutting demand for imported gas and coal.

Two separate reports on coal and gas were published at the same time as a round of annual financial reports from oil companies showed that this third fossil fuel could be in serious trouble too.

Despite massive cutbacks on exploration and development, companies like Shell and BP still need a price of US$60 a barrel by the end of this year if they are to break even on many of their current projects—almost double the current market price.

Overproduction of coal, gas and oil spells trouble for investors in mines, pipelines, ports and the other infrastructure needed to transport fossil fuels round the globe. The cost of development requires a long lifetime for the equipment and a high long-term guaranteed price for the fuels if investors are to get their money back.

The first report, Stranded Assets and Thermal Coal, found that Australian and U.S. coal assets were the most vulnerable. Australian mines were particularly at risk because of their heavy reliance on exporting coal to markets that were rapidly shrinking.

Australia exports three times as much coal as it consumes locally, but two of the world’s largest markets for coal, India and China, are cutting imports. India’s imports fell by 34 percent last year and China’s by 31 percent. Australia’s mines were also seen as high-risk because of environmental regulations and the widespread opposition to their development.

U.S. coal assets were risky because of competition from cheap gas for the same markets. This meant exporting coal and competing in a world market where there is already a significant surplus.

The report said company statements made it clear that investors were not being given the full picture of the risks from environmental regulation and policy.

Many countries pledged in the Paris agreement reached last December to cut their coal use. If these pledges were kept, the report said, then much of the coal currently shown as an asset would have to be left in the ground.

A separate report, on liquefied petroleum gas (LPG), also raises the possibility that investors may lose their money. The trade is based on the fact that gas is cheap in the U.S. and expensive in Europe, so the expense of liquefying it and transporting it to Europe is offset. Large investments are being made in the pipelines, ships and ports required to transport it.

There are two problems outlined in the report, LNG and Renewable Power. The first is that the price of gas, which is tied to that of oil, has dropped in Europe, squeezing the margins of the companies that are spending large sums setting up the supply line.

The second is that the market for gas is itself shrinking as the output of the solar panels and wind farms increases. Unless gas investors can see a long-term return from a stable market they will not make a profit and LPG becomes high-risk.

Predictions on the future of fossil fuel investments all hinge on the price of oil. With big oil companies—and many countries—needing the current price to double to more than $60 a barrel to break even on their current investments. Everybody in the business believes it is only a matter of time before prices double again.

Paul Spedding, former global co-head of oil and gas research at HSBC, an adviser to Carbon Tracker, said he believes the price of oil may never recover. Structural changes in the energy markets, more efficient electric cars, batteries and hybrid solutions no longer favor oil. The European Union for example is already reducing its demand by 1.5 percent a year.

Similar drops can be expected elsewhere as governments strive to meet their targets under the Paris agreement. If that happens, an oil surplus will become the new normal and investors in major oil companies will face a difficult future.