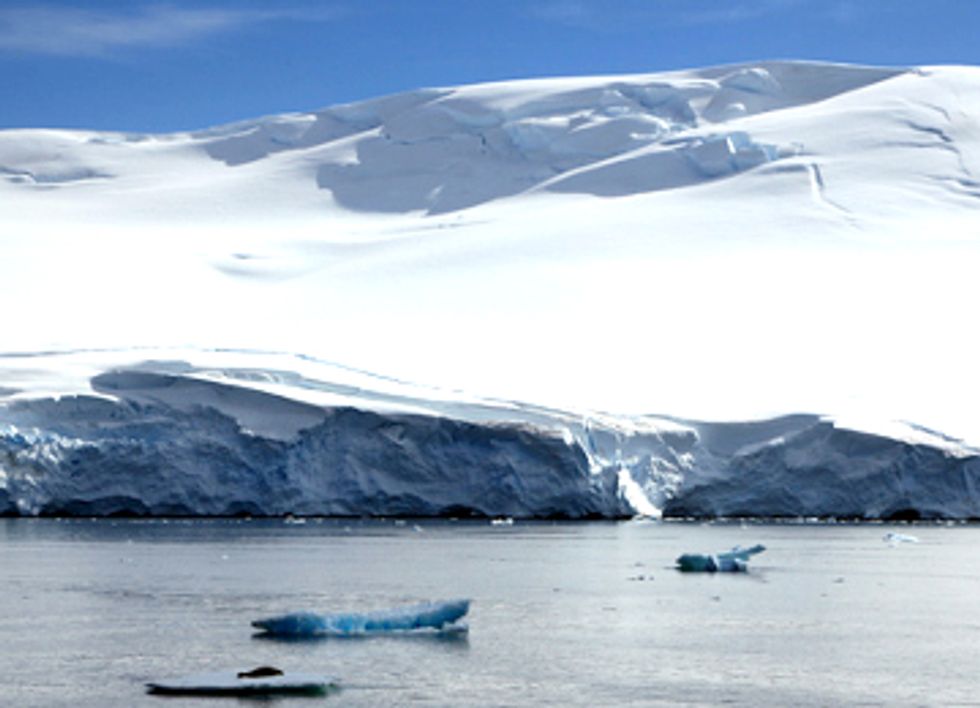 Of Earth's two vast ice sheets, Antarctica is perhaps the more mysterious. From the icy surface to the ocean below, there are several different ways the ice sheet is shrinking. How these processes compare is key to knowing how fast melting ice sheets are raising sea levels worldwide—and a new study may help to shed a bit more light.

There is huge scientific interest in monitoring how the ice sheets are changing because when ice on land melts it drains into the ocean, causing sea levels to rise. Last week, a major review of how scientists' understanding of ice sheet melt has advanced since the last Intergovernmental Panel on Climate Change (IPCC) report in 2007.

But while Greenland is relatively well understood, at the other end of the planet in Antarctica, the picture is a little less clear, the report concludes.

To understand how most of the ice is lost from Antarctica, a new study just published in Science looks to the ice shelves that surround 75 percent of the continent. Ice shelves are floating extensions of land ice that act as buttresses, stopping ice flowing from the interior straight out into the ocean.

Ice shelves line 75 percent of the Antarctic coastline. The biggest ones are the Ross and Ronne-Filchner ice shelves, marked here in red and dark blue. Source: National Snow and Ice Data Centre

Traditionally, scientists thought large chunks of solid ice breaking off the ice shelves was the main source of ice loss from Antarctica—a process known as iceberg calving. But there's another way. As the ocean below the ice shelves warms, the ice melts from the bottom up—something scientists call basal melting. With melting from both the top and bottom, some ice shelves are getting noticeably thinner, says the new study.

The paper looked at both processes of ice loss across 99.5 percent of Antarctica's ice shelves between 2003 and 2008. Overall, the scientists found basal melting caused 55 percent of ice loss, although they saw quite a lot of variation between regions. This makes bottom-up ice shelf melt the largest source of ice shelf loss in Antarctica. Previous studies have estimated the contribution to be more like 30 percent, or even as low as 10 percent.

If Antarctica melted completely, scientists estimate it could add about 58 metres to global sea level. At the moment, satellite data indicates the Antarctic ice sheet is losing ice but only at a rate of about 0.2 mm per year—more than three times slower than Greenland.

That's partly because different parts of the ice sheet are changing in different ways. Even though ice shelves in West Antarctica and the Antarctic Peninsula are melting and breaking apart, this doesn't contribute directly to sea level rise as they are already floating on water.

But their thinning accelerates ice flow from the many glaciers in the continent's interior, which does raise sea levels. Warmer air overlying the ice also causes melting on the surface. Nearly half of the ice shelves In East Antarctica are thinning too, according to the paper. But satellite data indicates the mass of ice in East Antarctica is growing overall thanks to an increase in snowfall.

Scientists warn there are still lots of uncertainties about these estimates. So monitoring the contribution of different processes—and how they're likely to change in the future—is critical for producing reliable projections of sea level rise.