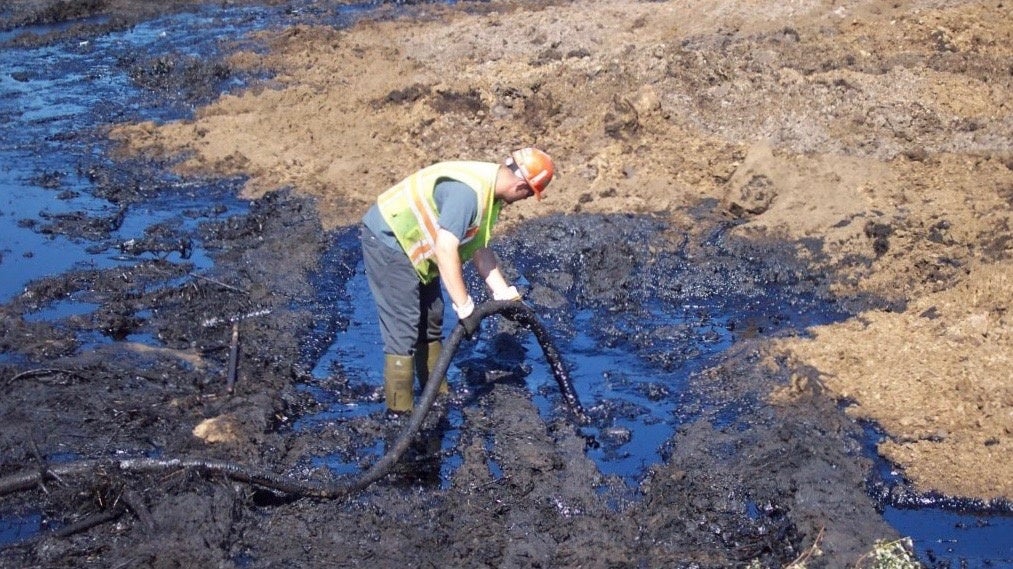 The New York Times keeps a running list of all the environmental regulations that the Trump administration has worked to trash since taking office more than three years ago.

There it’s been death by a thousand cuts, with EPA staff facing untenable contracts, positions left unfilled and budget cuts across the board — not mention an appointed leadership that’s opposed to the agency’s own mission.

As bad as all this sounds, there’s some important historical context to remember: It’s been bad for a while, according to a new book, The War on the EPA: America’s Endangered Environmental Protections, which tracks the “systematic propaganda campaign to discredit science” that began decades ago.

The book comes from the keyboards of husband-and-wife writing team William and Rosemary Alley, also the authors of two other environmental books on nuclear waste and groundwater.

“We wanted to write a good, readable book giving people more understanding of why this agency is important, what they do, and the difficulties involved in doing their job,” says Rosemary.

They realized that in order to save the EPA, people need to know what it does — and a lot of people don’t.

“We are trying to get people to understand how this matters to them in their daily lives,” says William, who is also the director of science and technology for the National Ground Water Association and headed the office of groundwater for the U.S. Geological Survey for nearly two decades. “There’s a lot that EPA does, like when we drink water from the tap, we’re dependent on EPA.”

Unfortunately, when people do talk about the EPA, it’s usually misguided complaints.

“There’s been a long demonizing of the EPA for over-regulating things, but the reality is that it’s extremely difficult for EPA to regulate anything,” Rosemary says.

Case in point: Despite a slew of new chemicals in our daily lives, it’s been two decades since a new regulation addressed a drinking-water contaminant.

The Alleys also write about the complicated and time-consuming processes behind lots of other regulations — tracking how they were first established and what happened afterward. In many cases environmental regulations were loosened to accommodate industry after political pushback or legal challenges.

This plays out time and time again throughout the Alleys’ book. Among the cases they cover: why feedlots continue to pollute waterways; what went wrong in Flint, Michigan; the long battle to remove lead from gasoline and continuing efforts to make cars cleaner; the continuing fight over what constitutes “waters of the United States”; President Obama’s work to reduce mercury from coal plants and methane emissions from oil and gas operations — and Trump’s push to undo those and many other regulations.

It’s clear from the book that enacting protections to safeguard human health and the environment has always been an uphill battle — and that narrative runs alongside the agency’s own successful creation story, as the Alleys also explain.

The 1970s saw the establishment of the EPA with bipartisan support from Congress (after a veto by Nixon) and the creation of bedrock environmental laws including the Clean Air Act, the Clean Water Act and the Safe Drinking Water Act.

And for the first 10 years things went pretty well.

Part of the early success of the EPA came from strong public involvement, the Alleys say. In those days many environmental problems were incredibly visible — gray clouds of smog and trash dumped along riverbanks — and there was public pushback to fix them.

But in 1981 President Ronald Reagan appointed Anne Gorsuch to lead the agency, and she threw down every speed bump and roadblock she could to impede the agency’s work. Budgets were slashed, positions were cut and industry leaders were put in charge of environmental programs.

It’s nearly identical to the tactics the Trump administration has used in recent years.

Things improved slightly after William Ruckelshaus, the agency’s first administrator, was brought back in 1983. But when Newt Gingrich took control of the House of Representatives a decade later, the anti-science work began again and has continued ever since.

With Trump’s election it kicked into high gear.

“We could have just as easily titled the book The War on Science, because science is just the absolute critical underpinnings of everything the EPA does, and that of course has been just tremendously damaged under the current administration,” says Rosemary. “The war on science, of course, didn’t start with Trump, but it’s been exacerbated tremendously.”

After detailing how this anti-science agenda influences making and enforcing environmental regulations, the Alleys’ book ends with a look at why it will be critical to rebuild the EPA and the importance of scientific integrity.

“A lot of talent has been lost from the agency and that will be impossible to turn around overnight,” says William. “If we have four more years of this, I have no idea how we’ll get past that. [The Trump administration] is still rushing to try to get as much as they possibly can done. Or undone, as it seems.”

Rosemary says she hopes that their book will provide an important jumpstart to conversations about the critical role of the EPA and efforts to fortify it.

“If you don’t see what the agency does, it’s hard to communicate the risk when it’s damaged,” she says. “We want people to understand why we need a strong EPA as much today as we did 50 years ago.”