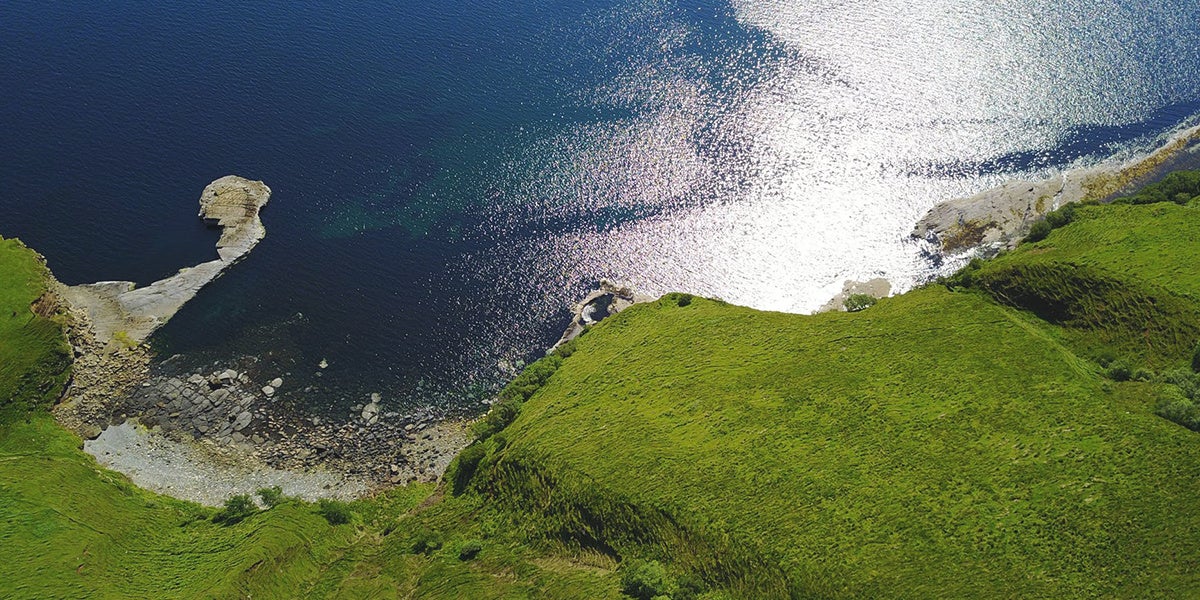 Unlike Obama’s 2010 executive order outlining policy for managing U.S. oceans, coastal waters and the Great Lakes, Trump’s order made no mention of climate change or related problems like ocean acidification. It also excised references to biodiversity and conservation. While eight of 10 policy priorities listed in Obama’s order referenced preserving or understanding the environment, only two of Trump’s seven priorities mention the environment or sustainability, and both mention the economy as well.

Trump’s executive order, “represents a significant step backward, a throwback to the 1960s when the primary focus was on aggressively expanding the use of the ocean with the assumption that it is so immense, so bountiful that it must be inexhaustible,” marine ecologist Jane Lubchenco, who headed the National Oceanic and Atmospheric Administration (NOAA) under Obama and helped develop his administration’s oceans policy, said.

“The ocean, coastal, and Great Lakes waters of the United States are foundational to the economy, security, global competitiveness, and well-being of the United States. Ocean industries employ millions of Americans and support a strong national economy. Domestic energy production from Federal waters strengthens the Nation’s security and reduces reliance on imported energy,” the first paragraph of Trump’s order begins.

The tone is in keeping with previous Trump administration decisions, such as the plan to open 90 percent of U.S. coastal waters to offshore oil drilling.

“This order is just the latest attack in what has become an all-out war on America’s oceans. And it comes as the Trump administration is already trying to put drilling rigs off every coast from California to the Carolinas and make life easier for the biggest polluters,” Christy Goldfuss of the Center for American Progress said in a statement.

In contrast, Obama’s executive order began with a reference to the disastrous Deepwater Horizon oil spill and the need to protect oceans as well as benefit from them.

“The Deepwater Horizon oil spill in the Gulf of Mexico and resulting environmental crisis is a stark reminder of how vulnerable our marine environments are, and how much communities and the Nation rely on healthy and resilient ocean and coastal ecosystems. America’s stewardship of the ocean, our coasts, and the Great Lakes is intrinsically linked to environmental sustainability, human health and well-being, national prosperity, adaptation to climate and other environmental changes, social justice, international diplomacy, and national and homeland security,” Obama’s order read.

“I expect agencies will be reticent to put a priority on those things” under the new order, Whit Saumweber, an independent consultant who helped write Obama’s oceans policy, told Science.

While the Northeast and Mid-Atlantic states developed data-driven ocean plans under Obama, other state officials and federal lawmakers had complained about the emphasis on coordinated planning.

Those seem to be the complaints the administration had in mind when it crafted its new policy.

“President Trump is rolling back excessive bureaucracy created by the previous administration,” the White House said in a statement, according to Science.

Goldfuss urged local, state and tribal leaders not to give up on plans to protect their coastal waters. “In the absence of a president who is willing to lead, it is now more important than ever that coastal governors, tribal leaders, state legislatures, and local communities take up the mantle of leadership and work together to defend and restore the health of America’s oceans,” she said.