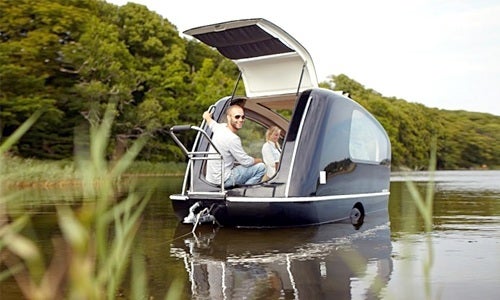 Glamping is all the rage these days. For those scratching their heads, glamping derives its name from combining the words glamorous and camping. It’s for those who really want to get away from it all without “roughin’ it” associated with your standard camping trip. Most commonly it’s associated with stylish yurts like this one:

But what if I told you that glamping doesn’t have to be limited to the land anymore. That’s right, glamping is hitting the waters. German designer Daniel Straub has created a caravan that can be towed along behind your car like a traditional caravan or plopped in the water, where it can cruise at slightly more than 5 miles an hour. Straub has made about 30 of these amphibious vehicles since 2010. The basic model will run you roughly $20,000.

Check it out here:

How Green Is Your Favorite Clothing Brand?