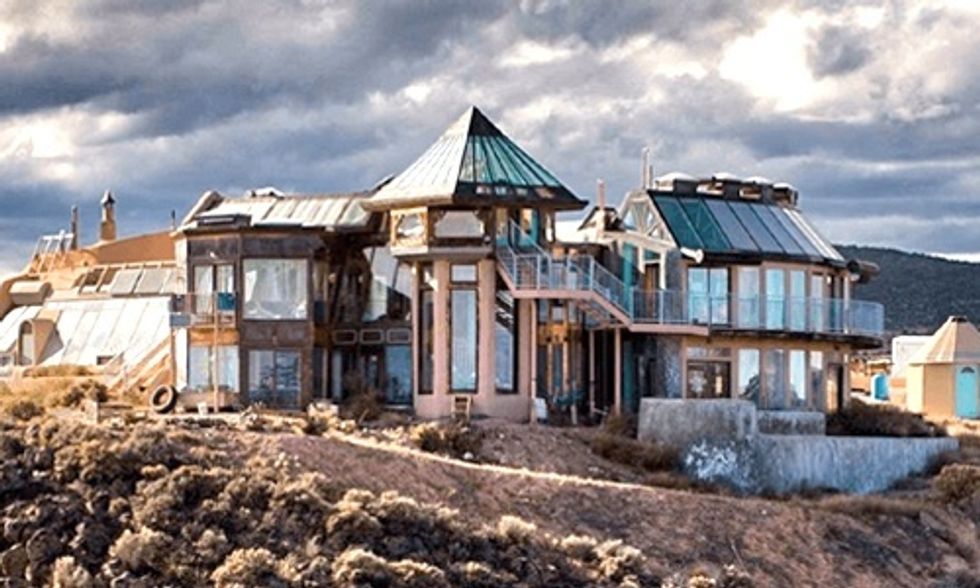 Earthship homes are off-grid dwellings that are some of the greenest and most economical buildings in the world. They are made from recycled materials such as glass bottles, old tires, reclaimed wood and plenty of elbow grease, and can be built anywhere in the world, according to the founder of Earthship Biotecture Michael Reynolds.

Reynolds, who has been building Earthships for 40 years, argued in the video below on PBS's The Good Stuff that we can get off the grid entirely and generate our own electricity if we just redesign our homes. He compared a modern home to someone being hooked up to life support in a hospital. An Earthship, Reynolds said, is like that person getting up and walking out of the hospital.

Reynolds advocates for a move away from our current centralized infrastructure—power, water, sewage—which he called "archaic," and towards sustainable buildings that run on renewable energy.

An Earthship home, which you can rent to check one out, "utilizes sustainable construction techniques so that it doesn't need to be connected to the grid," The Good Stuff explained. "It provides its own heating and cooling, captures and recycles its own water, produces its own food and generates its own electricity."

Just how exactly does it do all that? Watch here to find out: