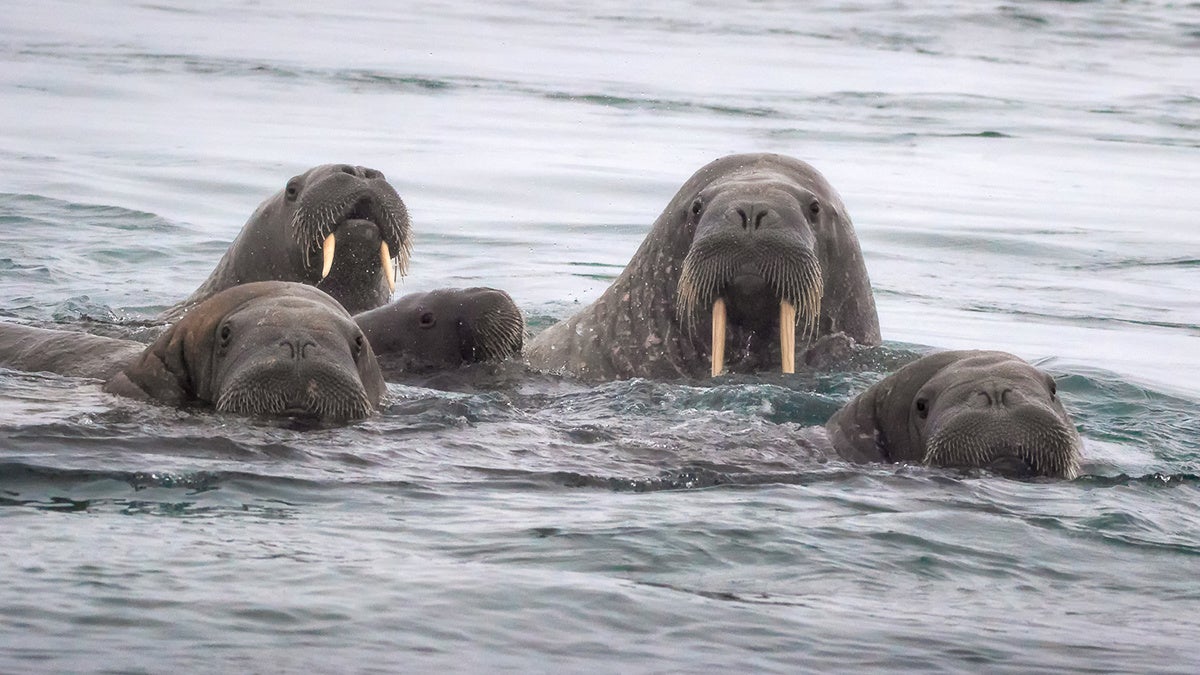 Don’t mess with a mother walrus!

That’s what a team of Russian scientists and naval sailors learned when they tried to land on a remote Arctic archipelago in an inflatable boat, The Independent reported Tuesday.

“The walruses probably feared for their cubs and attacked the rubber landing craft,” the Russian Geographical Society (RGS) said in a Sept. 18 statement reported by The Independent. “The boat sank, but a tragedy was avoided thanks to the prompt action by the squad leader. All landing participants safely reached the shore.”

The navy put out a similar account, but did not mention the boat sinking.

“During the landing at Cape Heller, a group of researchers had to flee from a female walrus, which, protecting its cubs, attacked an expedition boat,” the Northern Fleet Press Service said in a statement reported by The Independent. “Serious troubles were avoided thanks to the clear and well-coordinated actions of the Northern Fleet servicemen, who were able to take the boat away from the animals without harming them.”

Walruses live near the Arctic Circle. They are generally sociable, according to National Geographic, but can be aggressive during their mating season. They can weigh up to 1.5 tons and grow between 7.25 to 11.5 feet tall. Their tusks, which both males and females have, can grow as long as three feet. Their maternal instincts can be tender as well as protective. According to Oceanwide Expeditions, mother walruses cuddle their calves the same way human mothers do.

Before the walrus attacked, CBS News reported that the Russian military was flying a drone over a group of walruses gathered on a nearby beach in order to take pictures for the expedition. It is possible the drone spooked the mother.

The sailors and scientists are on a joint mission in the Franz Josef Land archipelago to study the flora, fauna and glaciers of the area, CNN reported. They are also mapping historical Arctic expeditions like Austro-Hungarian military officer Julius von Payer’s in 1874 and American explorer Walter Wellman’s in 1898.

Aggrieved mother walruses are just one of the many dangers of exploring the region. In addition to wildlife attacks, the team faces extreme weather and freezing temperatures, the Russian Geographical Society said, as CNN reported.

“The incident is another confirmation that no one is expecting humans in the Arctic,” the scientists wrote.

However, that doesn’t mean that the Arctic is free from human influence. Walruses are considered vulnerable by the International Union for Conservation of Nature. During the 18th and 19th centuries, they were hunted extensively for their tusks, oil, skin and meat and were even driven to extinction in the Gulf of St. Lawrence and around Sable Island, according to National Geographic. Today, they can only be hunted by indigenous communities, but they are still threatened by other human activities including oil and gas drilling, shipping and air travel, pollution and the way the climate crisis is changing their Arctic habitat.