Walmart Under Fire for Failing to Meet Climate and Energy Promises 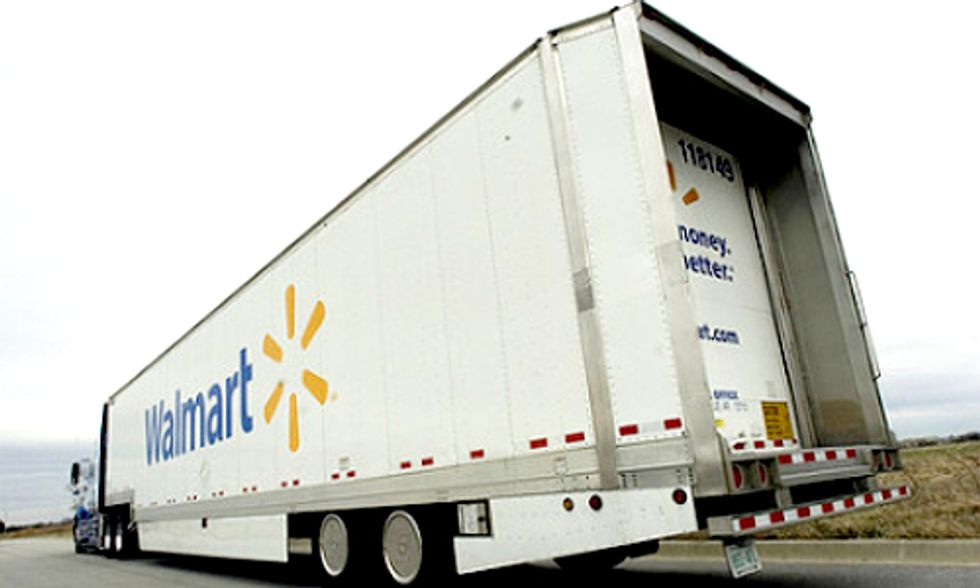 That's when Walmart Stores Inc. pledged to be a leader in environmental sustainability amid the aftermath of Hurricane Katrina. Eight years later, the Institute for Local Self-Reliance (ILSR) issued a report stating that Walmart didn't live up to that promise and ultimately used it to manipulate the media and transform its image.

Senior ILSR researcher Stacy Mitchell says the company's greenhouse gas emissions rose since then and that it continues to measure them improperly, leaving out emissions caused by international shipping and land development.

“Rather than allocate resources to reduce emissions, Walmart has launched a publicity campaign that boasts of solar installations while green-washing the true environmental costs of its business model,” Mitchell said in a statement.

The ILSR report also compares Walmart to industry rivals, showing that it lags behind the likes of Kohl's, Best Buy and Target, despite a 1.3 percent reduction in emissions last year. The ILSR makes its case by looking at greenhouse gas emissions intensity, or the the volume of pollution the company produces per $1 million in sales.

"Walmart’s emissions intensity—45  metric tons of CO2e per $1 million in sales—is higher than that of competing chains, including Costco (16 metric tons) and Target (42 metric tons)," the report reads. "Costco’s emissions intensity is only about one-third of Walmart’s, in part because Costco’s high-wage workforce generates more sales per square foot and therefore uses less energy to produce the same revenue.

"Not only has Walmart failed to reduce its climate pollution, but earlier this year, the company indicated that it will continue to increase the amount of carbon dioxide it is pumping into the atmosphere through 2020 and beyond.

The report points out that 4 percent of Walmart's power comes from renewable sources and charges that the company is only on the U.S. Environmental Protection Agency's top 10 list because its size as the nation's largest employer.

Walmart responded to the report, denouncing its claims.

“The results speak for themselves—we’re showing that we can grow our business while slowing our greenhouse gas emissions, improve the supply chain, make renewable energy more affordable and serve our customers for generations to come,” company spokeswoman Tara Raddohl told Bloomberg.

The company also told Bloomberg that it met a goal of cutting greenhouse gases by 20 percent at its existing stores and boosted the mileage efficiency of its fleet of trucks. It predicts that it its overall emissions will be down by 2020, despite growing the number and size of its stores.

“It’s not willing to adjust the core aspects of its business model,” Mitchell said. “Despite its 2005 pledge, Walmart has not become a climate leader.”