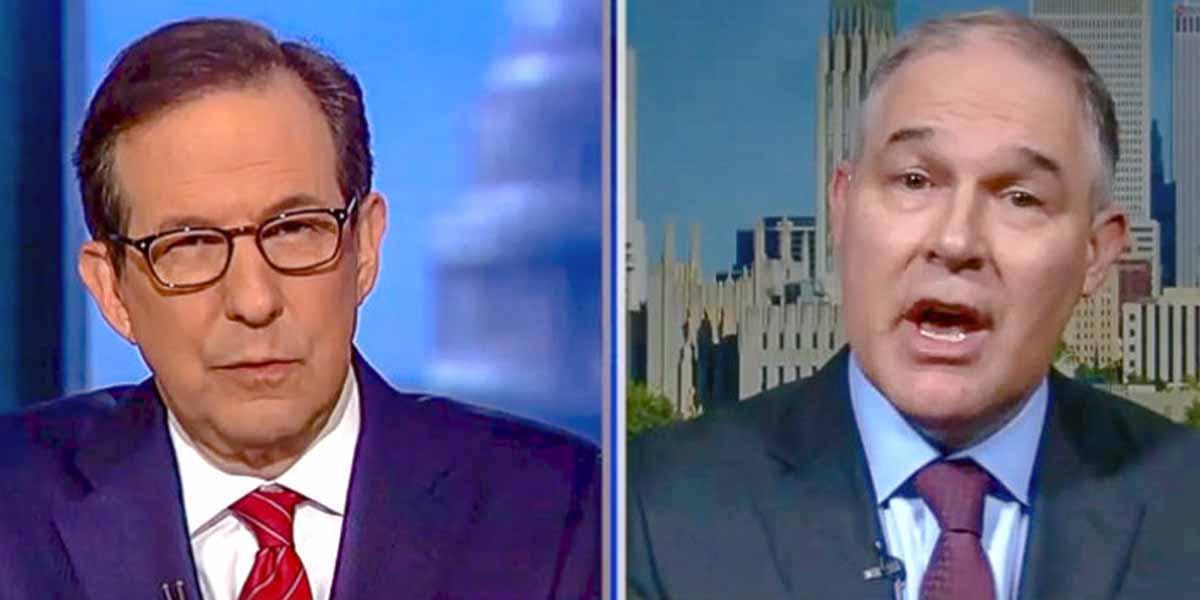 “Mr. Pruitt, there are all kinds of studies that contradict you,” the Fox News Sunday host remarked. “The UN’s panel on climate change says it is 95 percent likely more than half of the temperature increase since the mid-20th century is due to human activities.”

Wallace also cited the National Oceanic and Atmospheric Administration’s findings that there is more carbon dioxide now than in the last 400,000 years and that 2015 and 2016 are the two hottest years on record.

“Mr. Pruitt, are we supposed to believe that’s all a coincidence?” Wallace asked.

Remarkably, Pruitt’s response acknowledged that there is a “warming trend” and that human activity increases global temperatures “in some measure.” However, he contended that the EPA should not have the power to regulate greenhouse gasses.

Wallace then shot back, “But sir, you’re kind of sugar-coating what you have said.”

“You said that you would not agree that carbon CO2 is a primary contributor to global warming,” Wallace continued. “And the question I have is, what if you’re wrong? What if, in fact, the earth is warming, what if it is causing dramatic climate change and that we as humans through carbon emissions are contributing to it?”

“Don’t you think the fact that we have these coal power plants belching carbon emissions into the air, you don’t think that plays a role?” Wallace pressed.

Pruitt replied, “I think that we’ve done it better than anybody in the world at burning coal clean, in clean fashion.”

The tense 14-minute interview covered a number of topics including the Trump administration’s devastating environmental rollbacks and the proposed 31 percent spending reduction for the EPA, the biggest cut of any federal agency.