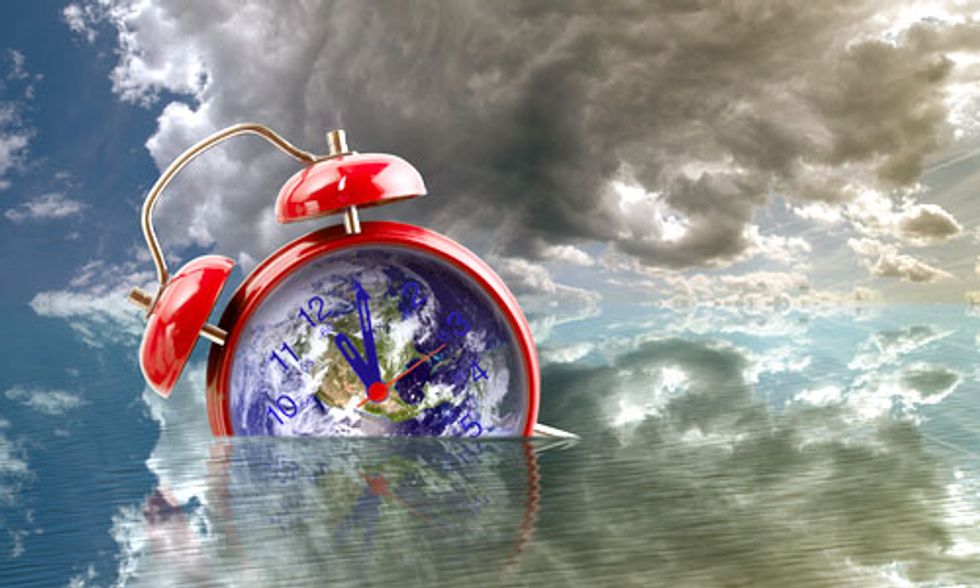 Georgia Tech's Judith Curry has authored an op-ed in the Wall Street Journal claiming that "there is less urgency to phase out greenhouse gas emissions now" than in the past. This could not be further from the truth.

She ties her argument to a new study she has co-authored, as well as the global warming speed bump (or faux pause). Neither offers a compelling reason to avoid reducing emissions. Her study looks at recent temperatures and uses them to try and determine how much the atmosphere will warm from our CO2 emissions.

Regardless of whether Curry is right about the climate being slightly less sensitive to CO2 (something that hundreds of thousands of years of paleoclimate records suggest is false) the fact remains that the sooner we reduce emissions, the less damage we will endure.
Photo credit: Shutterstock

The result is a figure low enough for contrarians to trumpet, but still not really that far from the official figures provided by the UN's IPCC, the gold standard of climate science. This is why the new study (and the others very similar to it) have elicited only a collective yawn from serious academia.

So the piece repeats the same tired claims about lowered sensitivity, using the "pause" meme and her own study as justification for delaying action. According to her (and of course the contrarians) a limited set of studies using a single incomplete methodology are reason enough to put off getting serious about climate change. One of us (Dr. Mann) addressed this misguided claim about climate sensitivity to CO2 earlier this year in a detailed piece in Scientific American.

To summarize the article, it turns out that even if one assumes these recent studies are correct, this buys us only a decade of extra time before crossing the internationally agreed-upon limit of 2°C of warming. This means that even if Curry's correct, it may just be the difference between bad and terrible consequences of our inability to get emissions under control.

This understanding is shared by all the mainstream climate scientists who have examined the breadth of the scientific literature. For example, Oxford University professor and IPCC author Dr. Myles Allen told Carbon Brief that a reduction in climate sensitivity as presented by Curry and others "is hardly a game-changer" because it "would mean the changes we expect between now and 2050 might take until the early 2060s instead."

In a response from the Union of Concerned Scientists, Peter Frumhoff describes it even more eloquently, saying that Curry's call for delay "is like refusing to treat a patient because you can't tell if their fever is 103 or 104 degrees."

Esoteric and academic arguments about the response of the atmosphere to a doubling of CO2 may be interesting for those steeped in the peer-reviewed literature, but for the public and policy makers the important and unfortunate fact is that climate change is continuing unabated. This was the hottest September on record, after the hottest August on record (yielding the hottest summer on record), and the oceans continue to warm rapidly. In fact, some parts of the ocean have been shown to be warming even more rapidly than we thought.

In the end, Curry's claims fly in the face of what we know. Quite literally, according to the largest scientific organization in the world and publisher of the journal Science. The American Association for the Advancement of Science (AAAS) released this year a report titled "What We Know" that shows that taking action now reduces both the cost and the risks associated with our warmed world.

Regardless of whether Curry is right about the climate being slightly less sensitive to CO2 (something that hundreds of thousands of years of paleoclimate records suggest is false) the fact remains that the sooner we reduce emissions, the less damage we will endure. And interestingly, Curry admits that the only substantial worry is from a high emissions scenario. But if we listen to her argument for inaction, that high emissions scenario is exactly what we'll get.

Ultimately, we all wish that Curry is right, and climate change won't be as costly as the mountain of evidence suggests. Unfortunately, the science so far shows that if anything, we've been underestimating the scale of the impacts. The Wall Street Journal does its audience a disservice by portraying a ten-year reprieve (at best) as though it was a full pardon.