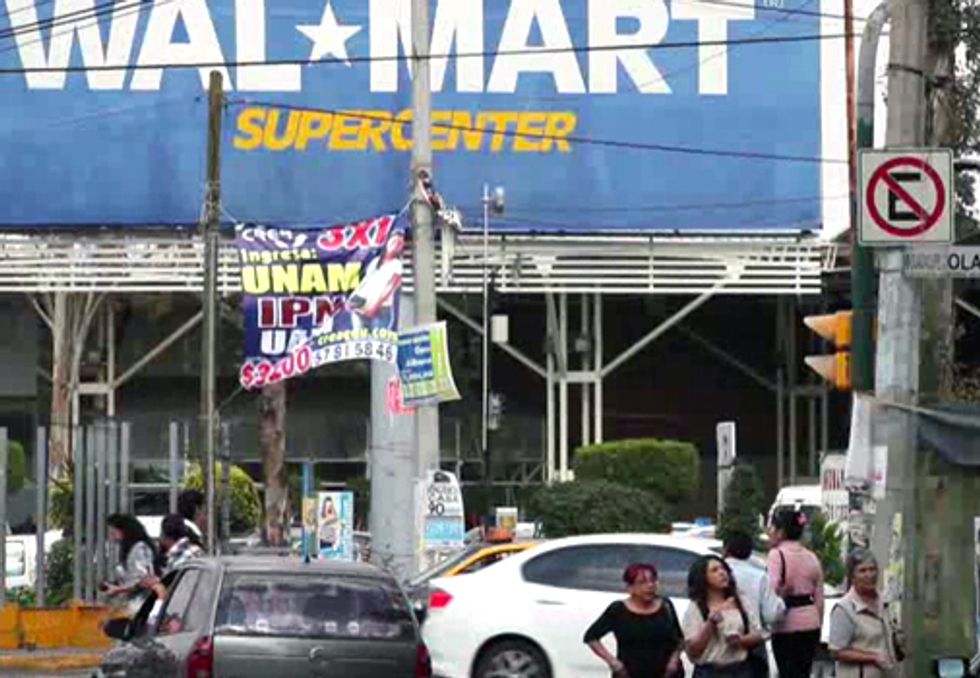 The article pulls no punches:

The Times’s examination reveals that Wal-Mart de Mexico was not the reluctant victim of a corrupt culture that insisted on bribes as the cost of doing business. Nor did it pay bribes merely to speed up routine approvals. Rather, Wal-Mart de Mexico was an aggressive and creative corrupter, offering large payoffs to get what the law otherwise prohibited. It used bribes to subvert democratic governance—public votes, open debates, transparent procedures. It used bribes to circumvent regulatory safeguards that protect Mexican citizens from unsafe construction. It used bribes to outflank rivals.

This is not the first time the Times has written about Walmart’s bribery in Mexico. As I wrote at the time,

Wall Street pressures on corporations not only to make profits, but to grow profits every quarter, are the root cause of much food company corruption and corner-cutting.

But this report takes the investigations to another level. It documents how Walmart officials deliberately undermined efforts by the Mexican government to keep the historic area around the Teotihuacán pyramids free of commercial use.

Among other things, Walmart is the world’s largest supermarket chain. Its 10,000 stores in 27 countries sold $443.9 billion worth of goods—more than half from grocery sales—for net earnings of $15.8 billion in 2012.

As the Times’ article makes clear, the company resorted to whatever seemed necessary to get what it wanted. This particular case may be an anomaly but it could not have happened without a corporate culture deeply devoted to maintaining sales and profits.