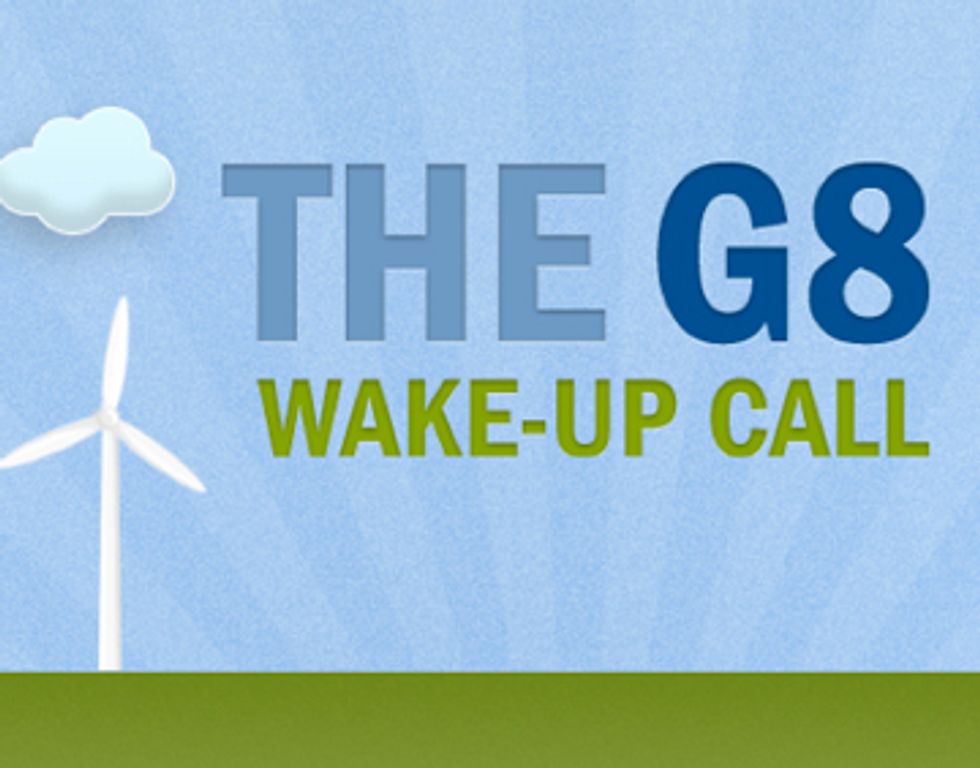 The global temperature is rising. Freak weather events are multiplying. Climate change is happening. And yet governments are giving $6 to polluting fossil fuels for every $1 that goes to clean renewables.

World leaders must move now to renewable, clean energy sources like wind energy. And with the new Global Wind Day app you can tell them to do it and why.

Through June 17-18, heads of state from the world’s eight wealthiest countries are meeting in the UK. The leaders of these countries, such as President Obama, Vladimir Putin, Angela Merkel and François Hollande, are ultimately responsible for the continuing and growing support for dirty fossil fuels given by their governments. Such subsidies are up nearly 30 percent from 2010 to $523 billion in 2011 compared to $88 billion for renewables.

Before this upcoming Group of Eight (G8) meeting, you can personally send the leader of your choice a message. Log in to Facebook and use the Global Wind Day app to directly message one of the G8 leaders, with your choice of image and text. It’s easy, fun, fast and effective—the app will allow you to show how you feel about the world’s most powerful countries continuing support of climate change-inducing fuels.

You’ll be joining a growing movement around the world that is calling for the removal of aid for polluting fuels. The International Monetary Fund (IMF) is urging governments to phase out expensive fossil fuel subsidies to free resources for public spending in areas like education and health care. Almost nine percent of all annual country budgets are spent supporting the oil, natural gas and coal industries through direct subsidies, consumer rebates and tax breaks for pollution, according to an IMF report.

The IMF provides 22 global case studies of subsidy reforms over the past two decades, to help governments phase out fossil fuel subsidies in the "right way." They provide a plan for fossil fuel subsidy reform which emphasizes transparency, committed phase out planning and support for people vulnerable to rising energy prices. Speaking in Washington D.C., the IMF’s first deputy managing director David Lipton said that now is the time to embrace an end to government support for fossil fuels, and to put a price on carbon emissions.

Removing these subsidies would be a major step towards reducing the world’s carbon footprint at a time when scientists suggest the impacts of climate change are accelerating.

Visit the Global Wind Day app on Facebook and send your wake-up call.