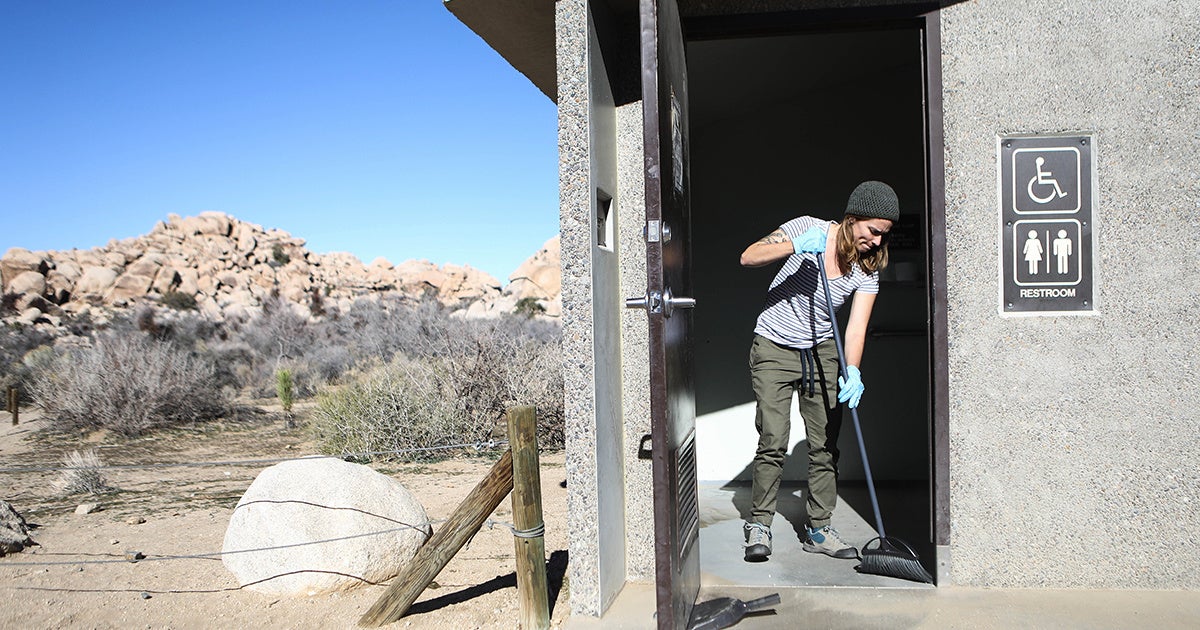 As the partial government shutdown drags on, volunteers across the country are rolling up their sleeves to preserve our beloved national parks.

At Joshua Tree National Park—which nearly closed due to a buildup of trash, human waste and vandalism—a team of volunteers have helped clean the park’s overflowing toilets and dumpsters on just about every day of the government impasse, Outside Online reported.

“I feel pretty good about what’s going on in the park and the state of it now,” Seth Zaharias, the owner of climbing company Cliffhanger Guides, who helped spearhead the cleanup campaign with the nonprofit Friends of Joshua Tree National Park, told Outside. “They only have between five to seven regular maintenance staff. On a big day, we had just shy of a hundred people come out. Our park was ours again.”

Dan Little, who is married to Oregon Democratic Gov. Kate Brown, recently scoured the bathrooms at the Sno-Park at Mt. Hood National Forest and sent President Donald Trump a $28 bill for his services.

“This is just one of the many reasons I love my husband,” the governor tweeted about the gesture.

This is just one of the many reasons I love my husband, Dan. He visited Mt. Hood National Forest Sno-Park, and like many national parks across the country, found it a mess due to the partial government shutdown. He cleaned the bathrooms—and sent the bill to President Trump. pic.twitter.com/GvGSZAkoSQ

Many national parks are open but since staff are furloughed amid the longest shutdown in U.S. history, services such as maintenance, visitor services, and law enforcement are not being performed, or are severely limited.

These parks aren’t just missing key services, they’re losing a lot of money. The National Parks Conservation Association (NPCA) said that the parks usually make an average of $400,000 a day in fee revenue, but since the start of the shutdown, the National Park Service service has lost more than $6 million in fee revenue.

The park service said in an online statement on Jan. 6 it will dip into reserved money from visitor fees “to provide immediate assistance and services to highly visited parks.”

The agency’s deputy director, P. Daniel Smith, noted that the visitor fee money “would typically be used for future projects at parks.”

Until the federal government gets its act together, there are ways you can help mitigate the impacts of park recreation during the shutdown.

The Leave No Trace Center for Outdoor Ethics offered five tips to responsibly enjoy these lands, including its central tenet of “leave no trace” as well as modeling responsible visitor behavior.

You also might want to consider making a donation to your favorite park.

“By supporting the Parks Restoration Fund, your donations will go to the parks that need help the most,” the National Parks Foundation states. The foundation also allows you to sign up for volunteer efforts on its website.

However, Emily Douce, who works in government affairs at the NPCA, told CityLab that for safety reasons, members of the public should wait until the shutdown is over and for park staff return to work before organizing larger cleanups.