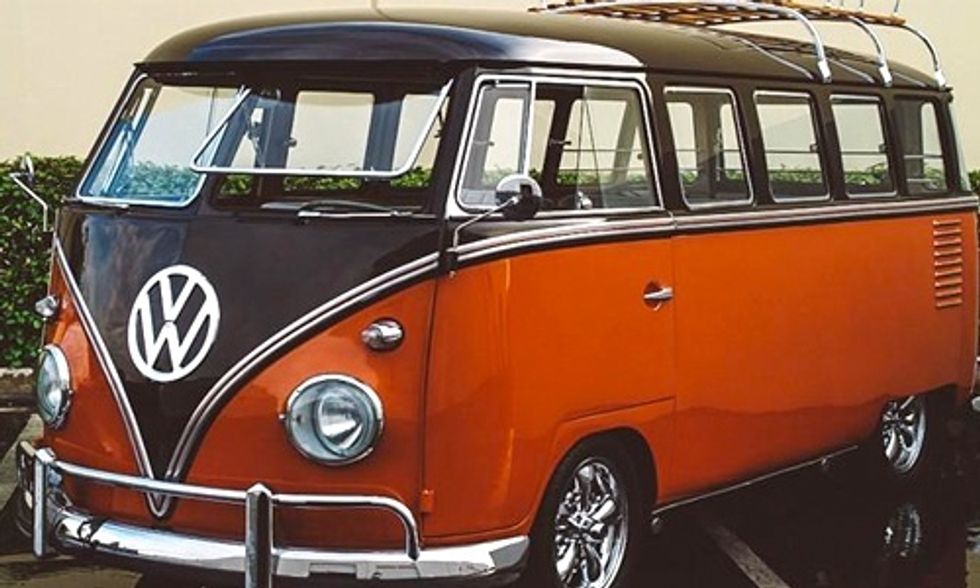 Volkswagen has been having a rough go of it lately. Last month, it came to light that the car company had installed software in some 11 million of its diesel vehicles in order to cheat diesel emissions figures. And yesterday, Bloomberg reported that Toyota had knocked Volkswagen out of the top spot for global auto sales.

But here's some exciting news from Volkswagen. The company is releasing an electric version of the Microbus, its iconic "hippie van." As Autocar first reported, Development Chief Hans-Jakob Neusser revealed at an event earlier this year that "VW engineers and designers were working on a new Camper van concept." The company plans to reveal the updated version of its Microbus camper van at the Consumer Electronics Show in Las Vegas in January.

There have been two attempted re-releases already: the 2001 Retro Microbus Concept Van and the 2011 Bulli Concept. Neither of them ever went into production. "Volkswagen’s plans to resurrect the Microbus form part of a broader commercial vehicle strategy aimed at significantly bolstering its sales performance in the U.S. market," says Autocar.

Here's hoping this version sticks around.