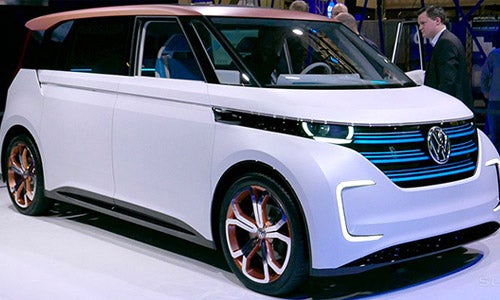 Volkswagen will invest 10 billion euros ($11.2 billion) in electric vehicles, ride-hailing and automated driving. Calling this “the biggest change in process in the company’s history,” the German carmaker hopes electric cars would make up 20-25 percent of its annual car sales by 2025.

The Volkswagen BUDD-e Concept has a vast range of cutting edge technologies and features. The small, crossover-like van—which will almost certainly never be built—is intended to showcase the brand’s upcoming electric vehicle plans.

The development comes amidst hundreds of court cases against Volkswagen for systematically cheating on emissions tests of its diesel cars. A court deadline to finalize the terms of the settlement was extended to June 28. “There is a lot more to Volkswagen than diesel,” CEO Matthias Müller told reporters.