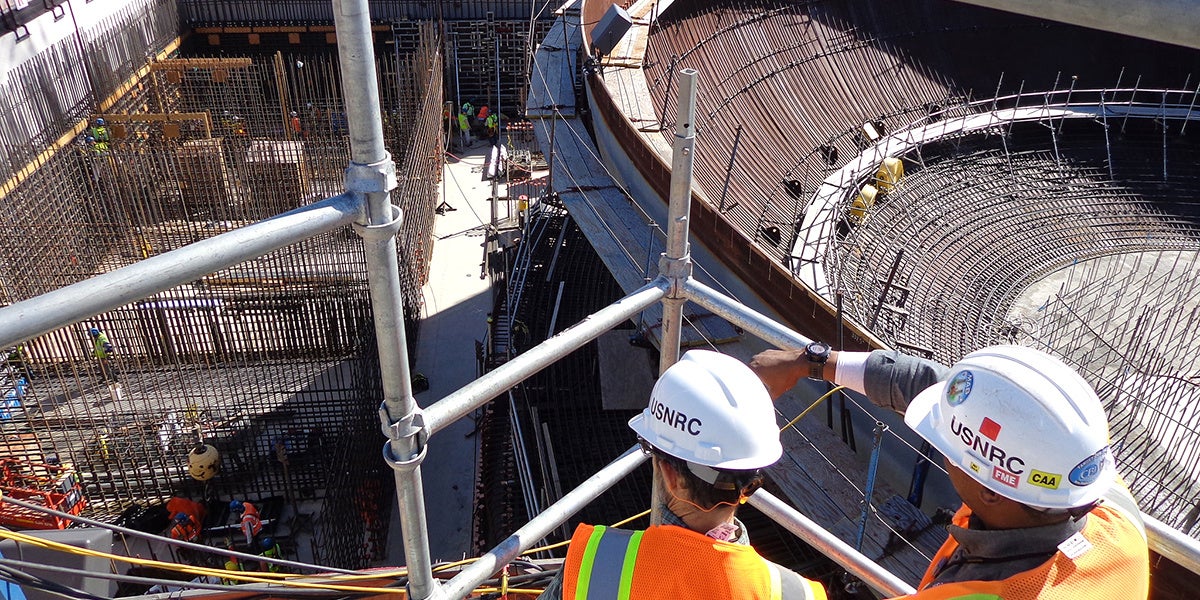 Georgia’s public utility commission voted 5-0 on Thursday to continue construction on two half-finished nuclear reactors that will cost an estimated $25 billion, even though the project is now “more than $10 billion over budget and five years late.”

Opponents of nuclear power were disappointed by the unanimous decision, which the Wall Street Journal noted was considered “a victory for Southern Co., whose subsidiary Georgia Power is the primary owner of the Alvin W. Vogtle Electric Generating Plant, which has two existing reactors.” The project has faced opposition from local residents as well as national groups that emphasize the long-term risks of nuclear power.

“Georgia Power should scrap this disaster immediately and instead transition away from dangerous nuclear and fossil fuel-based electric generation and toward a 100 percent clean energy economy that creates good jobs, protects our environment, and shields our communities from the gross financial risks associated with bad bets like Vogtle,” said Ted Terry, director of the Sierra Club’s Georgia Chapter, after the vote.

“Georgia Power’s profits have soared because they’ve been allowed to pick the pockets of families, schools and churches for a boondoggle that even the [public utility commission’s] staff has called too uneconomic to continue—yet today commissioners chose not to stop it,” Terry added. “The commission has failed Georgia’s hard-working families and businesses today by choosing to be lapdogs for Georgia Power instead of watchdogs for the people of Georgia.”

Construction on the reactors “has been plagued by delays and spiraling costs, compounded when the main contractor filed for bankruptcy” in March, the Associated Press reported.

“Most people have to pay for their mistakes, but Georgia Power is still profiting from theirs,” said Kurt Ebersbach, senior attorney for the Southern Environmental Law Center. “There’s something wrong with a system that rewards this kind of failure.”

The decision will likely “shape the future of the nation’s nuclear industry, partly because the reactors at Plant Vogtle were the first new ones to be licensed and to begin construction in the U.S. since 1978,” the AP noted—all while consumers of power in Georgia pay the price.

“Under state law, Georgia Power’s 2.4 million customers will ultimately reimburse the state-regulated monopoly for the flagship plant as they pay their monthly electricity bills,” the AP explained. “That law allows Georgia Power to charge its customers now for the interest it pays on the borrowed money needed for the project. Under an older law, the utility had to wait until the plant was operating to collect those interest charges from its customers, a practice that meant the interest owed grew during the construction period.”

“Even though customers had no control over Georgia Power’s mistakes, they’re going to be the ones footing the bill,” said Nathaniel Smith, chief equity officer at the Atlanta-based nonprofit Partnership for Southern Equity. “These impacts will be especially difficult on the most vulnerable Georgians who are already struggling to put food on the table.”

However, there may still be hope for cancelling the project. The Atlanta Journal-Constitution reported that Georgia utility regulators “conditioned their approval of the Vogtle nuclear project on no small caveat: that Congress approves roughly $800 million worth of tax credits”—meaning that if federal lawmakers don’t approve the tax credits, the state regulators may reconsider their decision.