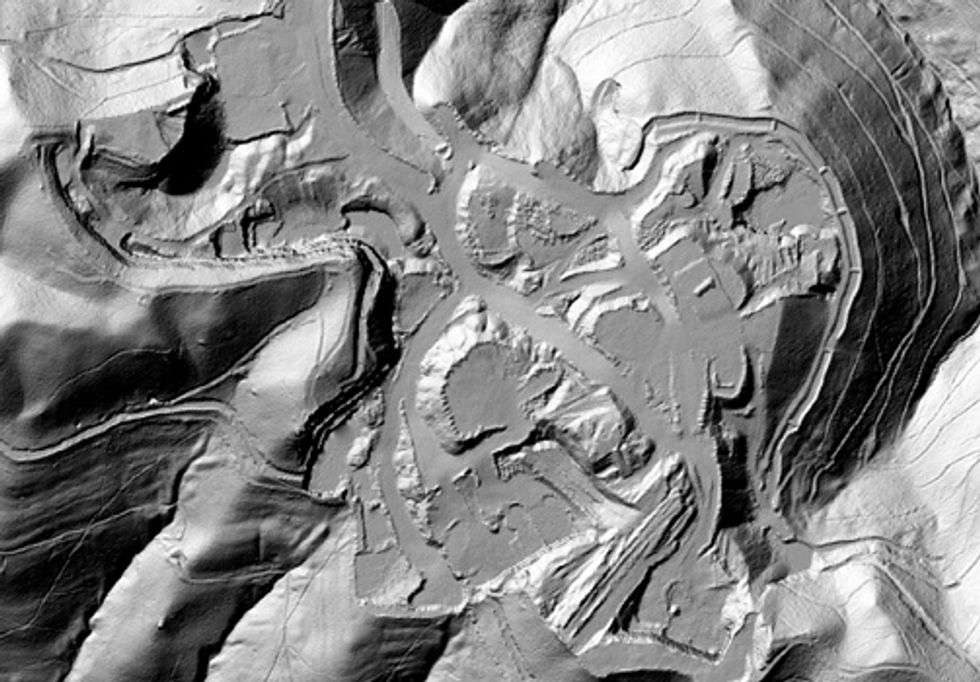 [Editor's note: It's hard for me to believe we are still fighting to stop mountaintop removal coal mining. Thanks SkyTruth for coming up with yet another way to show the devastating impacts of this extreme fossil fuel extraction. When is this madness going to end?]

At SkyTruth, we're always looking for new ways to visualize the environmental impact of human activity, so we've been playing with LiDAR (Light Detection and Ranging) data and digital elevation models (DEMs).

We thought it would be interesting, and hopefully useful, to create a profile of the terrain of a mountaintop removal mine before and after mining activity. We've started with the controversial Spruce No.1 mountaintop removal coal mine in Logan County, West Virginia as the test subject.

Google Earth imagery showed that significant mining activity had occurred between 2003 and 2011. We retrieved a digital elevation model (DEM) of the mine location that shows what the topography looked like in 2003, from the WV GIS Technical Center. This elevation dataset was created from aerial survey photography that was flown in 2003. We then downloaded LiDAR data that was collected over the area in 2010 from WV View and converted the LiDAR to a DEM using ArcGIS. Next, we calculated the difference in elevation between the two DEMs, in other words, the change in elevation over that seven year period.

In the images shown below, we have provided hill shades of the DEMs to better visualize the difference. We color coded the areas affected by mountaintop removal (blue) and the areas affected by valley fill (yellow) and overlaid the color coded DEM over the hill shades of the mine in 2003 and 2010. We have also created a profile graph of the elevation along two cross sections before and after mining activity. After analyzing all these results, we have found that 7.4 million cubic meters of rock was removed by way of mountain top removal mining and 9.8 million cubic meters of rock has filled what once was a valley. Why the difference? The fill has a lot of gaps and spaces, so it's not as compact as the original, mined bedrock.