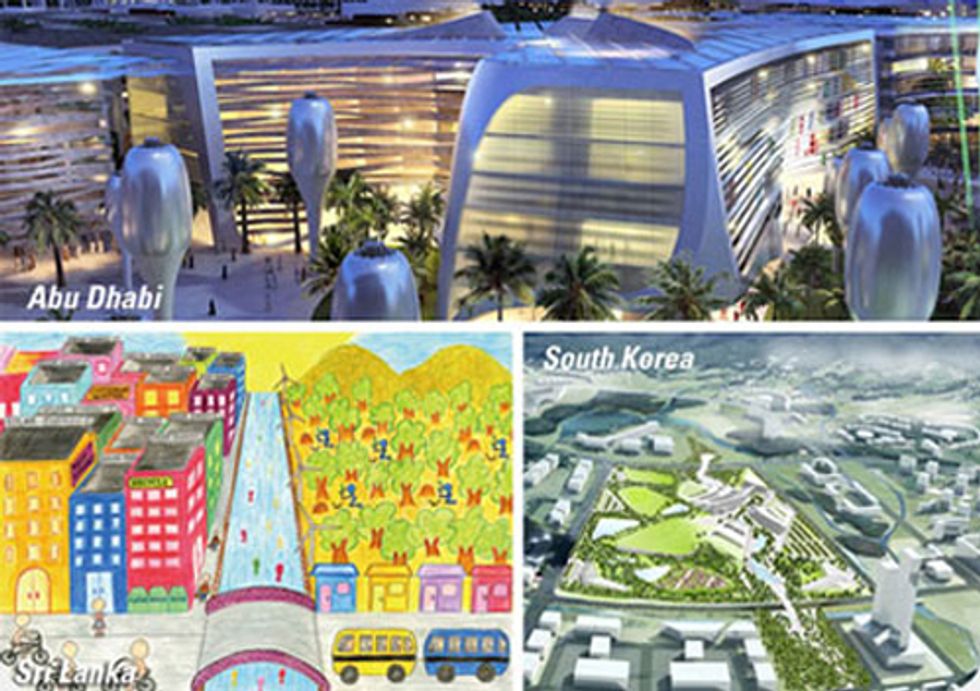 The Future We Want

A team of world-class visual artists and experts in sustainable development announced Nov. 23 it's launching a first-of-its-kind global conversation to learn what people want their communities to be like in 2030.

The project, called The Future We Want, is being conducted in cooperation with the United Nations (U.N.), leading up to the U.N.’s Conference on Sustainable Development, better known as Rio+20, next June in Rio de Janeiro.

According to one of its directors, William Becker, the project is assembling a group of the world’s foremost visual artists and technology experts who will use a variety of tools to gather ideas from around the world on this question—What do we want our community and lives to be like 20 years from now, including how we’ve addressed challenges such as climate change, population growth and resource limitations?

Based on responses, The Future We Want team will produce vivid videos and animations of life in a variety of cultures and nations in the year 2030, and unveil them in an exhibit at the Rio conference.

While the project is not an official U.N. enterprise—it's funded by individuals, corporations and foundations—it's designed to add a new dimension to Rio+20 and other upcoming U.N. events on sustainable development. The project’s title mirrors the U.N.’s tagline for Rio+20 announced Nov. 22 by Secretary General Ban Ki-moon.

“There is a point at which scientific warnings and dramatic media produce apocalypse fatigue when they focus solely on civilization’s collapse,” Arnold said. “When people reach that point, they feel helpless and they disengage. The Future We Want will provide balance by inviting and visualizing realistic ideas from people around the world about the positive future that’s possible if we put our minds to it.”

Becker and Arnold, who have been developing the project the past three years, noted that the power of positive vision was demonstrated more than 70 years ago when General Motors (GM) hosted the Futurama Pavilion at the 1939 New York Worlds Fair. Millions of visitors were shown models of a dynamic, highly mobile, car-centered society, offering hope during the Great Depression. Developed nations have invested in the GM vision ever since.

“It clearly is time for a new vision,” Arnold said. “The world shown in 1939 is no longer sustainable. The Great Recession, the growing impacts of global warming, impending shortages of water and other critical resources all have created another teachable moment in which we are learning that our old concepts of communities no longer work.”

“We believe the world is hungry for a future that is more stable, more secure, more resilient and more genuinely prosperous than the world we would get with business as usual,” Arnold said.

People interested in joining The Future We Want conversation can begin by clicking here.