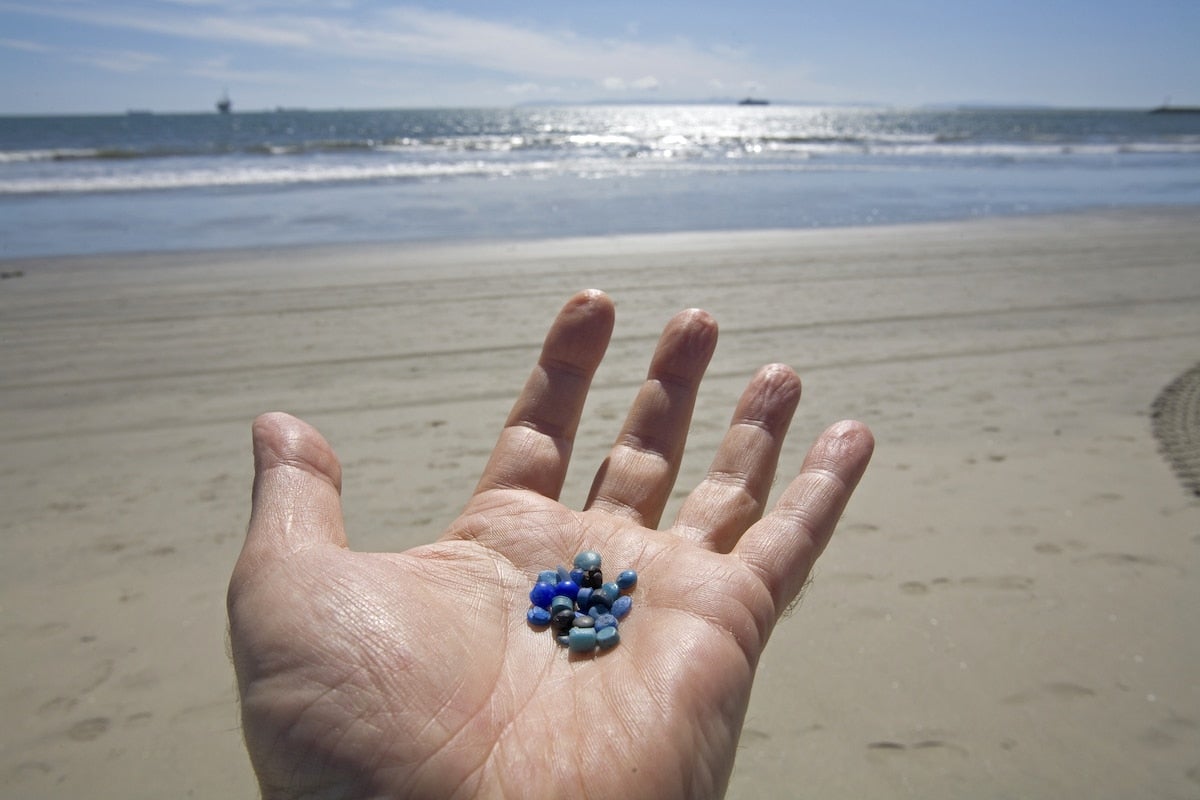 Plastic nurdles like these collected from a beach could transmit viruses. Education Images / Citizens of the Planet / Universal Images Group via Getty Images

New research has discovered another way that microplastic pollution might harm human health.

The study, published in Environmental Pollution, is the first to prove that certain viruses can stay infectious by attaching themselves to plastics in a freshwater environment.

“We found that viruses can attach to microplastics, which allows them to survive in the water for three days, possibly longer,” lead researcher professor Richard Quilliam of the University of Stirling said in a press release.

There is a proliferation of microplastics — or plastics less than five millimeters long — in the environment. One study estimated that there might be as many as 125 trillion of them floating in the world’s oceans. When microplastics enter surface water or wastewater, they don’t remain uncontaminated themselves. Instead, microbes make a home on them, creating a biofilm known as the “plastisphere,” the study authors explained.

“Such ‘plastisphere’ communities are hypothesised to persist longer and be disseminated further in the environment and may act as a vector for human pathogens, particularly as microplastics entering wastewater treatment plants are exposed to high concentrations of pathogenic bacteria,” the study authors wrote. “However, the potential for human viral pathogens to become associated with the plastisphere has never before been quantified.”

To begin to answer this question, the University of Stirling-based research team looked at water samples taken from the environment for the first time, the press release explained. They considered two types of viruses:

They found that protective coating of the envelope viruses dissolved, rendering the virus uninfectious. However, the viruses without envelopes attached to the microplastics and remained infectious for as many as three days.

“Being infectious in the environment for three days, that’s long enough to get from the wastewater treatment works to the public beach,” Quilliam told The Guardian.

Rotavirus is an enteric virus that can cause stomach problems and diarrhea. Quilliam said in the press release that the plastic-attached virus could be swallowed by swimmers or children putting plastic nurdles in their mouths at the beach.

“It doesn’t take many virus particles to make you sick,” he said. “And if the viruses then release themselves from the plastic into the water or the sand, their persistence in the environment is increased.”

This isn’t the first time Quilliam’s team has discovered a public health risk connected to beach pollution. A study published at the beginning of the month found harmful bacteria including E. coli on sewage waste collected from public beaches.