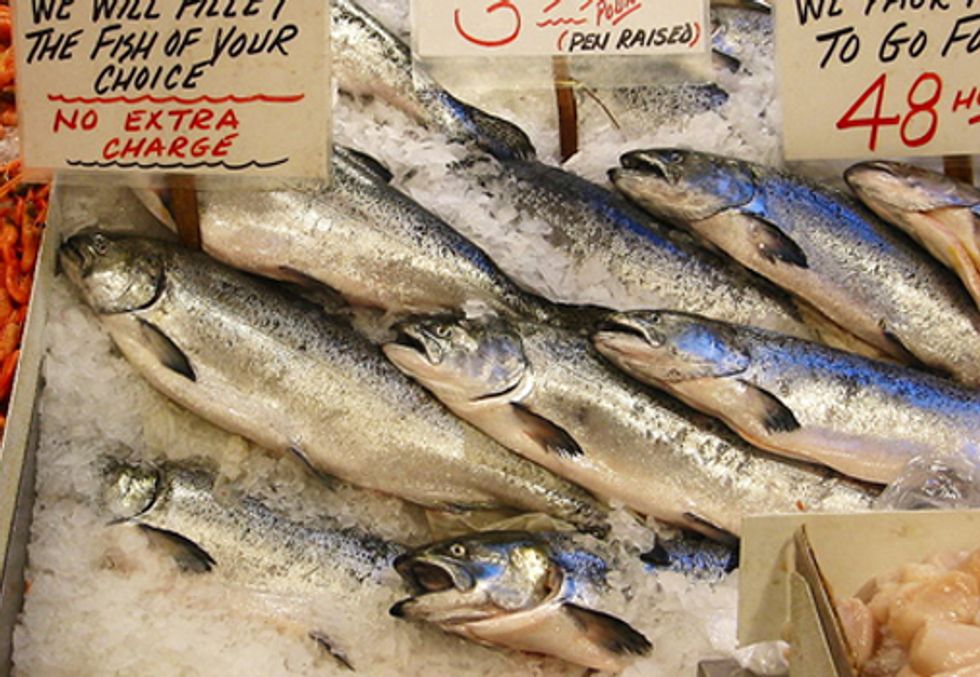 A 2009 memo from Fisheries and Oceans Canada (DFO) entered into evidence at Canada’s federal Cohen Inquiry into the collapse of Fraser River sockeye Dec. 15 reveals that salmon at the AquaBounty facility in Prince Edward Island have tested positive for the Infectious Salmon Anaemia (ISA) virus.

The genetically-engineered (GE) salmon, currently under review by the U.S. Food and Drug Administration for potential sale to American consumers, tested positive for the ISA virus in November 2009. An email from a senior DFO fish health official was sent to the Canadian Food Inspection Agency, notifying the agency of the positive test results.

“AquaBounty’s genetically modified fish are in a closed, land-locked facility,” said Catherine Stewart of Living Oceans Society, the group whose research uncovered the evidence. “This suggests the virus could only have entered such a facility through eggs or smolts, proving once again that Canada must take action to both ban egg imports and implement more rigorous testing for ISA.”

In the notification to the food health authority, DFO notes that based on molecular strain testing at two separate laboratories, the virus appears to be a new strain of ISA. The email also states,“With respect to international exports of live fish or eggs from this facility, DFO would identify that the facility has tested positive for ISAv should we be asked to sign a fish health certificate for export.”

Download a .pdf of the DFO email by clicking here. The DFO email will be posted to the Cohen Commission website as Exhibit 2083.