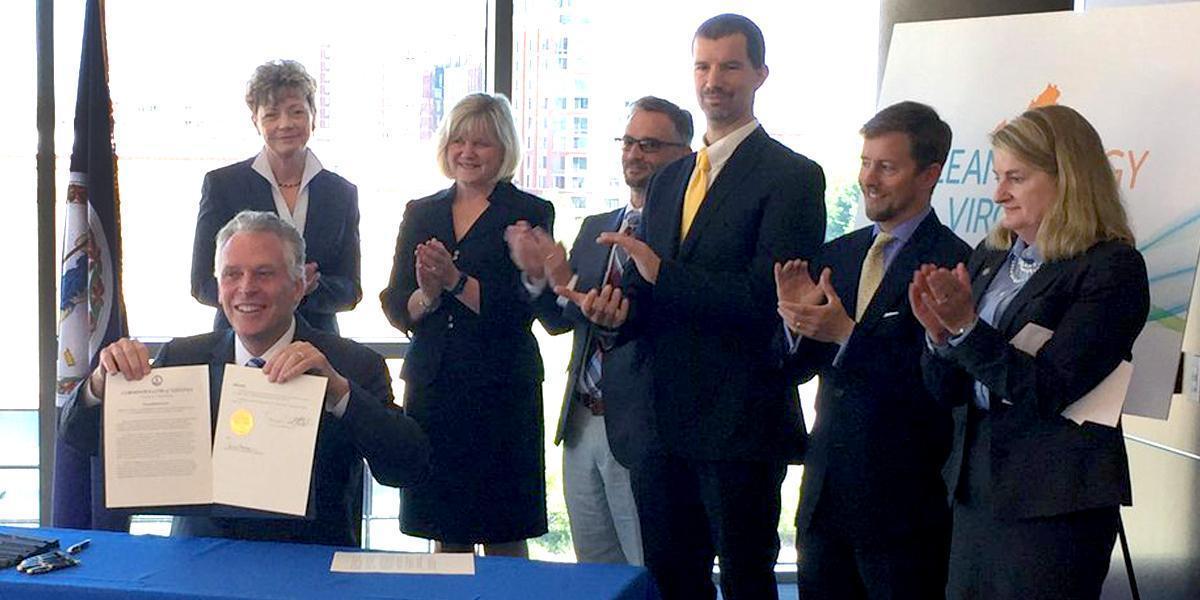 Virginia Gov. Terry McAuliffe issued an executive directive Tuesday to the Commonwealth’s Department of Environmental Quality and the Air Pollution Control Board that will lead to a strong limit on carbon pollution from power plants through regional cooperation.

The Virginia Department of Environmental Quality will now begin crafting plans to develop a program to reduce carbon pollution in the state. Executive Directive 11 is designed to ensure Virginia’s energy future includes a structure that enforces carbon-reduction mechanisms. This is the result of the Executive Order 57 process, through which more than 10,000 Virginians called on the governor to use his authority to reduce carbon pollution.

Meanwhile, clean energy growth in Virginia continues to rise. According to the governor’s office, the clean energy economy is creating $1.5 billion in revenue, solar jobs are up 65 percent since 2014 and solar installations have risen 1,200 percent in just the last year.

The Sierra Club applauds Gov. McAuliffe for protecting the health of Virginia families and communities. This is a perfect example of how states and local governments can ensure our nation takes climate action even as Donald Trump buries his head in the sand while the seas are rising. Leaders like Gov. McAuliffe know we have a moral obligation to act and will seize economic opportunities when we do, as the clean energy economy is already proving it will create good-paying jobs while powering homes and businesses.

No one can ignore the progress on climate action and clean energy on the state and local levels. This important policy comes on the same day as the announcement of the 253rd coal plant retirement since the beginning of the Sierra Club’s Beyond Coal campaign and on the heels of Hanover, New Hampshire becoming the 29th city to commit to 100 percent clean energy as part of our Ready for 100 campaign. Forget his rhetoric: Trump cannot stop this momentum for clean energy and climate action that is being driven by citizen activism in states and communities across the country.