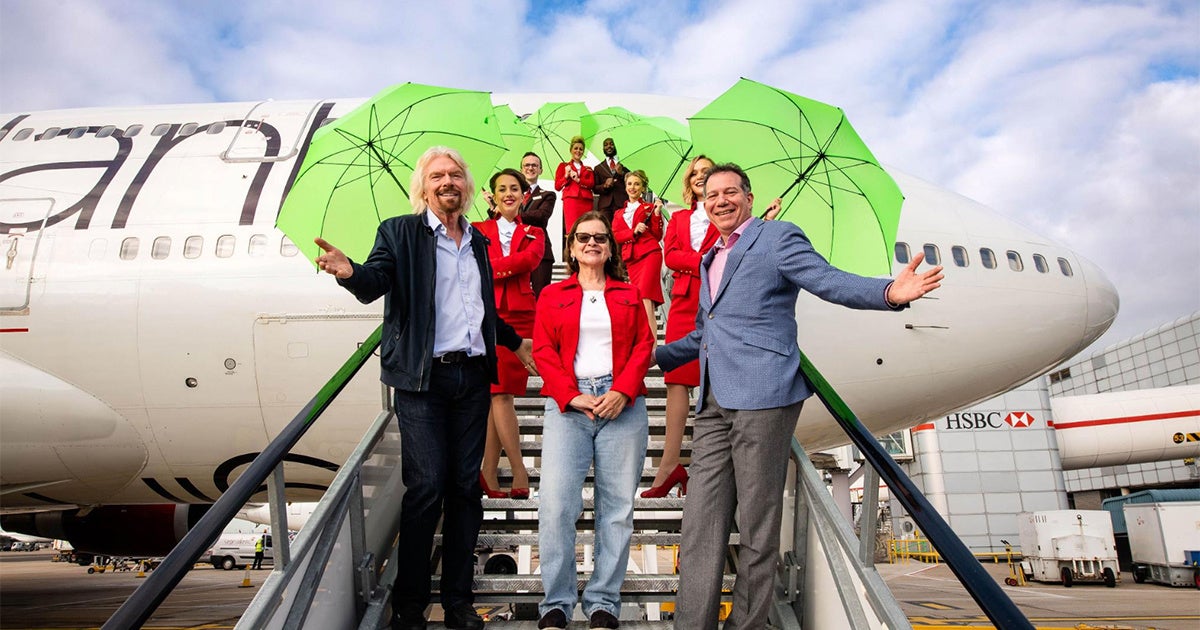 Virgin Atlantic has successfully flown and landed a commercial flight using aviation fuel partly made of waste carbon gas from a steel mill.

The Boeing 747 took off from Orlando, Florida and landed in London’s Gatwick airport on Wednesday morning.

The plane was powered by a blend of conventional jet fuel and ethanol produced from waste emissions, a innovation developed by Chicago-based company
LanzaTech in collaboration with the Pacific Northwest National Lab (PNNL), a U.S. Department of Energy laboratory.

“The LanzaTech process is so exciting because this fuel takes waste, carbon-rich gases that would otherwise go up the chimneys of steel and aluminium mills and gives them a second life—so that new fossil fuels don’t have to be taken out of the ground,” Branson said in a blog post. “It’s incredible that the factories can make the steel for the planes and then the waste product can be used to power the plane. This is a great opportunity for UK industry as it supports our steel mills while also decarbonizing them.”

Boeing is proud of our partnership with @VirginAtlantic and @LanzaTech on this historic 747 flight to use biofuel made from waste carbon gas from a steel mill. #Boeing's partnership dates to aviation's first biofuel test flight, which Virgin flew 10 years ago. pic.twitter.com/DnJGo8lCOh

The process is similar to traditional fermentation, but instead of using sugars and yeast to make alcohol, waste carbon-rich gases found at industrial manufacturing sites gets converted by bacteria to fuels and chemicals such as ethanol, according to a PNNL
press release.

“This fuel exceeds the properties of petroleum-based jet fuel in terms of efficiency and burns much cleaner,” said John Holladay, PNNL’s deputy manager for energy efficiency and renewable energy, in the press release. “And by recycling carbon already in the environment—in this case waste gas streams—it lets the world keep more petroleum sequestered the ground. The technology not only provides a viable source of sustainable jet fuel but also reduces the amount of carbon dioxide emitted into the atmosphere.”

The Virgin flight’s blend consisted of 5 percent recycled waste gas, but could eventually form 50 percent of the blend, the
Guardian reported.

Branson said LanzaTech has the potential to produce up to 125 million gallons per year in the UK, or enough to fuel 100 percent of Virgin Atlantic’s flights departing Britain.

“This would result in nearly one million tonnes of CO2 savings per year, equivalent to 2,100 roundtrips flights between London Heathrow and JFK airports,” he said.