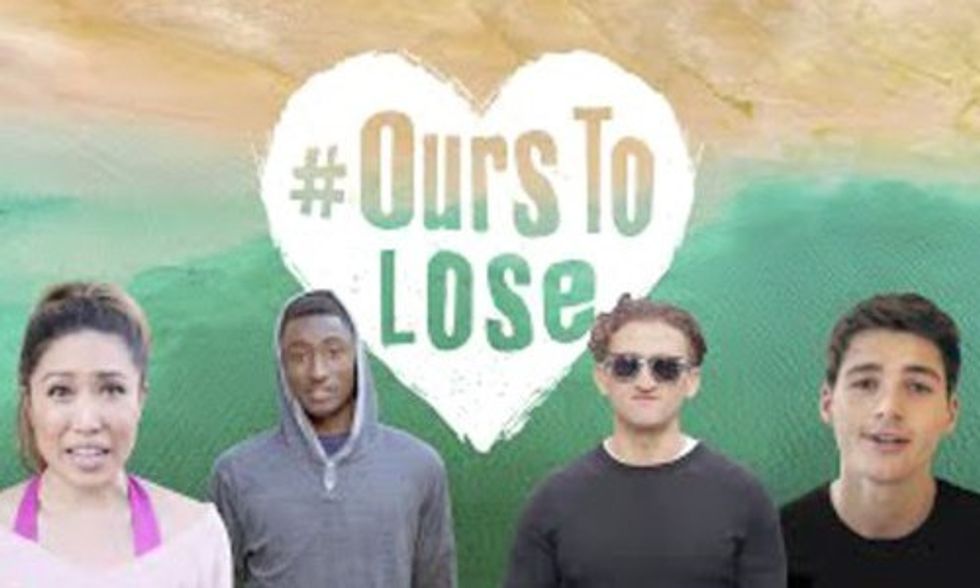 YouTube stars from around the world have joined together to get the world to act on climate change. The video features Casey Neistat from the U.S., Finn Harries from the UK, Golden Moustache from France, Jamie Curry from New Zealand and Flavia Calina from Brazil.

From seasons to octopuses and chocolate, environmental issues stand to impact the things we love. What if we could help change the way people discuss climate change, so that the issue and its consequences could become more relevant and tangible to people around the world?

Leading up to COP21, a conference which will bring leaders from around the world together to develop a global climate agreement, we’re encouraging the YouTube community to join the discussion by uploading their own videos that share their concerns about how environmental issues may impact the things they love. The conversation on YouTube will live through a simple hashtag: #OursToLose.

They urge people to sign a petition (they've almost hit their goal of 3.5 million signatures) demanding world leaders take action on climate change and advocating for 100 percent renewable energy by 2050. They've also created  a playlist of inspiring and informative YouTube videos that lay out the dangerous consequences of climate inaction.