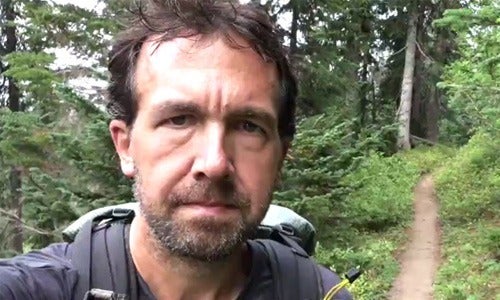 Time-lapse videos of nature seem to be all the rage right now. Recently, there’s been one of Yosemite and another one of Yellowstone. Now, there’s one that spans 2,600 miles. Andy Davidhazy hiked the Pacific Crest Trail from Mexico to Canada in five months, taking a selfie every mile.

He has put together a time-lapse video of the journey, which has garnered more than 2 million views between YouTube, Vimeo and Facebook. “Taking a photo of myself every mile wasn’t about vanity, but rather a way for me to fully commit to the whole hike,” he told PBS. “If I were to skip ahead, myself and everyone else would know it.”

Davidhazy says the end of the trail is the beginning of the story. He has launched a website about life after 2,600 miles on the Pacific Crest Trail and is working on a film, Lost or Found.