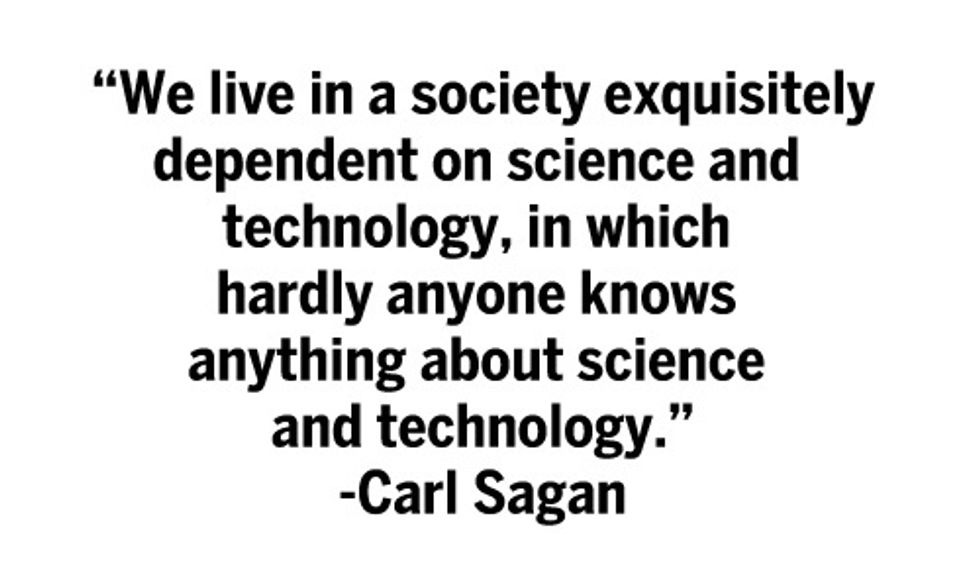 In yet another case of learning nothing from history, modern society continues the war on science. "Science and society are often at odds," explains the AsapScience video, which has garnered more than 1 million views since it was published four days ago.

"Scientific discoveries like the Earth is round, that our planet revolves around the Sun or that diseases are spread through germs are all once ideas that were rejected by society," continues the narrator. "So much so that Giordano Bruno was burned at the stake for suggesting the Earth wasn't the center of the universe, and even Galileo was sentenced to house arrest for supporting the theory.

Several of the top GOP presidential candidates, including Ted Cruz, Ben Carson and Donald Trump have all flat out denied man-made climate change. Ben Carson has even gone so far as to question the theory of evolution and says he just doesn't have "that much faith" to believe in the Big Bang theory, but says people "are welcome to believe whatever they want to believe. I’m welcome to believe what I want to believe.” Carson, who is a retired neurosurgeon no less, is speaking as if science is "no more than a religious system he has the freedom to reject," as Rebecca Leber at New Republic puts it.