Violence in Iraq: It’s Always Been About the Oil 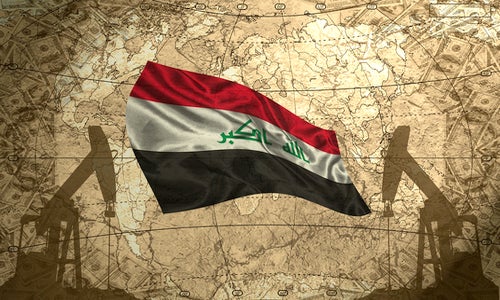 Events in Iraq are headline news everywhere, and once again, there is no mention of the issue that underlies much of the violence: control of Iraqi oil. Instead, the media is flooded with, debate about, horror over and extensive analysis of a not-exactly-brand-new terrorist threat, the Islamic State of Iraq and Syria (ISIS). There are, in addition, elaborate discussions about the possibility of a civil war that threatens both a new round of ethnic cleansing and the collapse of the embattled government of Prime Minister Nouri al-Maliki. 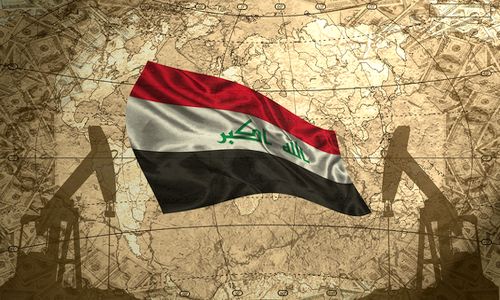 Underway are, in fact, “a series of urban revolts against the government,” as Middle Eastern expert Juan Cole has called them. They are currently restricted to Sunni areas of the country and have a distinctly sectarian character, which is why groups like ISIS can thrive and even take a leadership role in various locales. These revolts have, however, neither been created nor are they controlled by ISIS and its several thousand fighters. They also involve former Baathists and Saddam Hussein loyalists, tribal militias and many others. And at least in incipient form they may not, in the end, be restricted to Sunni areas. As the New York Times reported last week, the oil industry is “worried that the unrest could spread” to the southern Shia-dominated city of Basra, where “Iraq’s main oil fields and export facilities are clustered.”

Under the seething ocean of Sunni discontent lies a factor that is being ignored. The insurgents are not only in a struggle against what they see as oppression by a largely Shiite government in Baghdad and its security forces, but also over who will control and benefit from what Maliki—speaking for most of his constituents—told the Wall Street Journal is Iraq’s “national patrimony.”

The Deconstruction of Saddam Hussein’s Iraq

Does anyone remember what Iraq looked like a dozen years ago, when Saddam Hussein still ruled the country and the U.S. was about to invade? On the one hand, Iraqis, especially Shiites and Kurds, suffered under the iron heel of an oppressive dictator—who may have killed 250,000 or more of his own people during his 25-year reign. They also struggled against the privation caused by U.S.-led sanctions—some estimates at the time placed the number of sanction-caused infant deaths alone at 500,000.

On the other hand, the country had a number of successful export-oriented industries like leather goods and agricultural products like dates that offered employment to hundreds of thousands of relatively well paid workers and entrepreneurs. It also had a resilient electrical, water and highway infrastructure (though increasingly decrepit thanks to those sanctions). In addition, it had a best-in-the-region primary and higher educational system, and the finest (free) health care in the Middle East. In a nation of 27 million people, it also had—in comparison to other countries in the area—a large, mainly government-employed middle class of 3 million.

These pluses all flowed from a single source: the 2.5 million barrels of oil that Iraq produced each day. The daily income from the sale of the “national  patrimony” undergirded the country’s economic superstructure. In fact, the oil-based government budget was so ample that it supported Hussein with multiple palaces, enriched all his relatives and allies, and financed his various wars, both on other countries and on Iraq’s Kurds and Shiites.

This mixture of oppression and prosperity ended with the U.S. invasion. Despite denials that it would ever touch the Iraqi “patrimony,” the Bush Administration went straight for those oil revenues, diverting them away from the economy and into “debt payment” and soon enough, a pacification campaign.  Despite promises from Washington that, under an American occupation, production would soon rise to 6 million barrels per day, the struggle to take control of energy production out of Iraqi hands ended up crippling the industry and reducing production by 40 percent.

In fact, the occupation government was a whirlwind of economic destruction. It quickly began dismantling all government-run (and oil-subsidized) industrial plants, bankrupting the private industries that depended on them. It disrupted or destroyed commercial agriculture, again by discontinuing Saddam-era oil-financed subsidies and by air attacks on insurgents in rural areas. It imposed both austerity measures and a “de-Baathification” program on the country’s educational and medical systems.

Since most Iraqis holding any position of significance had no choice but to belong to Saddam’s Baath Party, this proved a disaster for middle class professionals, a majority of whom found themselves jobless or in exile in neighboring countries. Since they had managed such systems, often under increasingly terrible conditions, the effect on the management of the electrical, water and highway infrastructure was devastating. Add in the effects of bombing campaigns and the privatization of maintenance and you had a lasting disaster.

When, in 2009, the Obama Administration first began withdrawing U.S. combat troops, Iraqis everywhere—but especially in Sunni areas—faced up to 60 percent unemployment, sporadic electrical service, poisoned water systems, episodic education, a dysfunctional medical system and a lack of viable public or private transportation. Few Westerners remember that, in 2010, Maliki based his election campaign on a promise to remedy these problems by—that figure again—increasing oil production to 6 million barrels per day. Since the existing production was more than sufficient to operate the government, virtually all of the increased revenues could be used to reconstruct the country’s infrastructure, revive the government sector and rehabilitate all the devastated public services, industries and agricultural sectors.