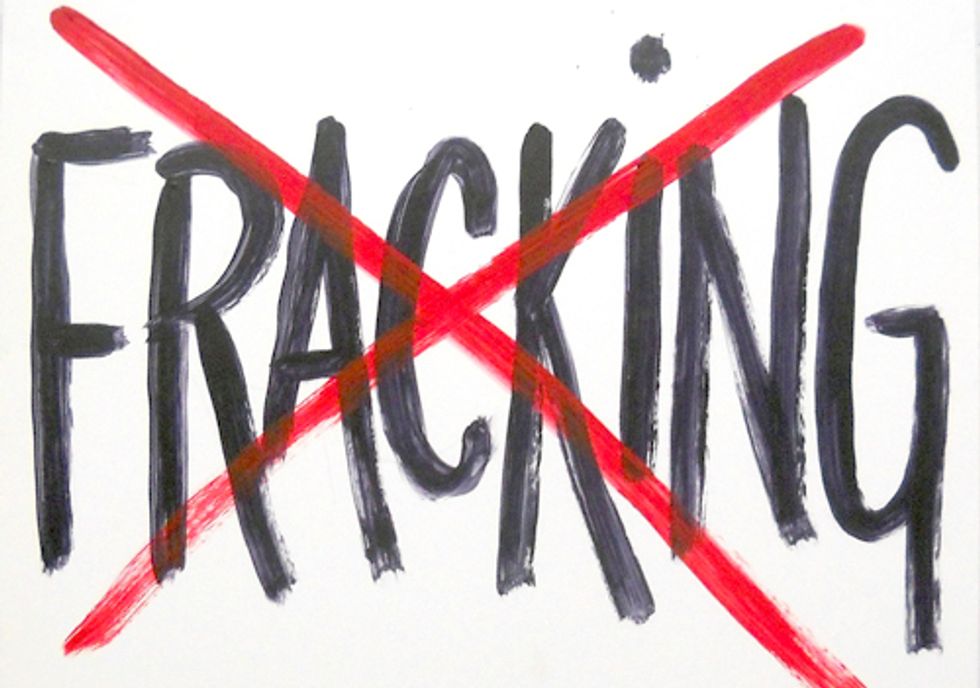 At the July 2012 Village of Wilson, N.Y. board meeting, the village passed a resolution to ban hydraulic fracturing or fracking, a highly controversial natural gas drilling technique currently under review by Gov. Andrew Cuomo’s administration. The resolution also prevents the importation and treatment of toxic wastewater that is produced as a result of the fracking process. More than 100 municipalities across New York State have enacted bans or moratoria on fracking, with the City of Buffalo having led the way last year.

"This measure was taken as a precaution to protect the natural resources of the Wilson community," said Wilson Village Trustee Bernie Leiker. "Wilson has always been a farming, fishing and boating community set on the shores of Lake Ontario, a natural resource worthy of our protection. The Village Board is strongly against any fracking in our community and in any community in New York or the surrounding states," said Leiker.

Currently, the Cuomo administration is reviewing public comments and revising regulations in order to issue drilling permits. The issue has taken on immediate importance for Western New York. Threats to the region include lack of watershed protection from drilling operations in the New York Department of Environmental Conservation's study—though Syracuse and New York City are protected—potential wastewater disposal in Niagara Falls and Tonawanda's chemical treatment plants, drilling in the Utica shale formation which the area sits upon, and the building of natural gas infrastructure such as pipelines and compressor stations throughout the region to push gas to Canada, similar to the one already being built in East Aurora.

“The Wilson Village Board has shown real leadership on the fracking issue and should be thanked for addressing the concerns of the community," said Rita Yelda, organizer for Food & Water Watch, a consumer advocacy organization. "There is a growing recognition that Governor Cuomo’s proposed fracking regulations will fail to protect New York State’s drinking water supply from the hundreds of toxic chemicals that would be injected into the ground. New Yorkers—especially those of us here in the Western region—are realizing that fracking just can’t be done safely," said Yelda.

"This is the second ban on fracking Niagara County and it is especially significant because it's the district of Sen. George Maziarz, the chair of the Senate Energy Committee and chief proponent of fracking in New York," said Wilson resident and activist Jim Hufnagel. "The movement around local legislation, with villages, towns and cities throughout the state choosing to stand against this toxic process, truly renders Governor Cuomo's position to open the state to drilling outdated and out of touch," he said.

"We wanted to send a strong message to New York that we oppose fracking and the harmful environmental impacts that have been seen in other states. Here in Wilson we've said it out loud: Not in our community ever!" said Leiker.

"New York has the opportunity to both revitalize the statewide economy and meet its energy needs through the development of clean, sustainable energy sources, including solar, wind and energy efficiency," said Yelda. "Our focus now should be on maximizing New York’s potential to become a national—and international—leader through establishment of a vibrant renewable energy policy, not supporting the growth of dirty drilling that puts our health and environment at risk," she said.

Hydraulic fracturing is an extreme process that uses millions of gallons of fresh water, sand and cancer-causing chemicals to break up rock formations deep underground to release natural gas. In other states, fracking has been cited as a threat to surface and ground water, and has been blamed for fatal explosions and the contamination of drinking water, local streams, the air and soil. As recently as January, the U.S. Environmental Protection Agency found arsenic and barium in drinking water in Pennsylvania where fracking has occurred. Collateral damage includes lost property value and drying up of mortgage loans for prospective home buyers.