VIDEO: The Price of Carbon 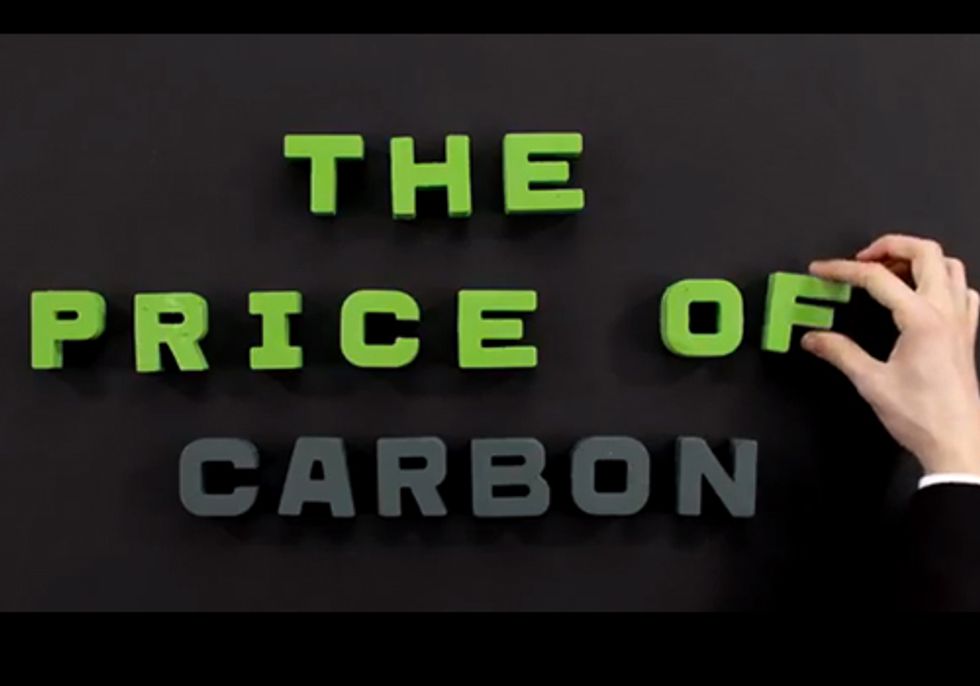 I’m excited to share with you the latest video in our climate conversation series, The Price of Carbon. This short video, narrated by comedian and musician Reggie Watts, underscores the high cost we are all already paying for carbon pollution.

From Superstorm Sandy to soaring temperatures in Australia, ongoing drought that has parched more than 60 percent of the U.S., and flooding from hurricanes around the world, we are experiencing the consequences of our carbon pollution now. We are paying the cost of these dirty weather disasters and other climate impacts through taxes, medical bills and insurance rates (to name just a few). It’s past time to talk about the real cost of carbon pollution and to take action so that the polluters are paying their fair share.

In the spirit of moving forward to solve the climate crisis, it’s time to jump-start a real carbon conversation.

The Conversation
Animals
Fossil remains indicate these birds had a wingspan of over 20 feet. Brian Choo, CC BY-NC-SA

Picture Antarctica today and what comes to mind? Large ice floes bobbing in the Southern Ocean? Maybe a remote outpost populated with scientists from around the world? Or perhaps colonies of penguins puttering amid vast open tracts of snow?

The world's largest financial institutions loaned more than $2.6 trillion in 2019 to sectors driving the climate crisis and wildlife destruction, according to a new report from advocacy organization portfolio.earth.

The Environmental Protection Agency (EPA) approved the use of products containing the weedkiller dicamba for use on cotton and soybeans Tuesday. The EPA announcement means that two products that contain the herbicide found to cause cancer can be registered for five years. It also extended the use of a third product that also has dicamba in it, according to The Hill.

Common Dreams
Energy
The majority of voters support a transition to renewable energy, including wind and solar. paedwards / Needpix

With an estimated 66 million ballots already cast and only a week to go until Election Day, new polling released Tuesday shows the vast majority of U.S. voters believe the nation should be prioritizing a transition to 100% clean energy and support legislation to decarbonize the economy over the next few decades.

Olivia Rosane
Climate
Researchers say they have observed methane being released along a wide swath of the slope of the Laptev Sea. Aerohod / CC BY-SA 4.0

Arctic Ocean sediments are full of frozen gases known as hydrates, and scientists have long been concerned about what will happen when and if the climate crisis induces them to thaw. That is because one of them is methane, a greenhouse gas that has 80 times the warming impact of carbon dioxide over a 20 year period. In fact, the U.S. Geological Survey has listed Arctic hydrate destabilization as one of the four most serious triggers for even more rapid climate change.