Video: Sandra Steingraber Shines a Spotlight on the Problems of Fracking 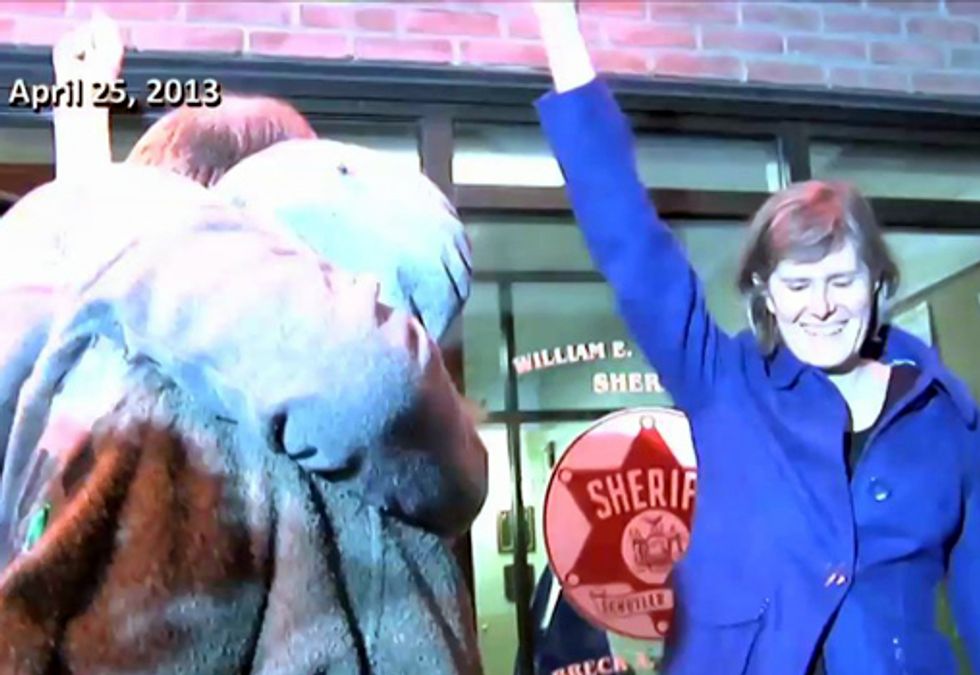 After serving 10 days of her 15-day sentence for trespassing during a protest against fracking, activist Sandra Steingraber was released from the Schuyler County jail last week in Watkins Glen, N.Y. The day before she was imprisoned, she talked with Moyers about her fight to stop fracking and the release of toxins contaminating our air, water and food.

Steingraber had been arrested along with nine other protesters on March 18 for blocking the entrance to the Inergy natural gas facility to protest “the industrialization of the Finger Lakes.” After refusing to pay a fine, Steingraber and two other members of the “Seneca Lake 12″ received 15-day sentences.

In this exclusive video, watch Steingraber’s supporters greet her with flowers, cheers and song as she is released from jail. An emotional Steingraber tells the crowd: “I would do it again in a minute … Being new to civil disobedience, I’m still learning about its power and its limitations … But I know this: all I had to do is sit in a six-by-seven-foot steel box in an orange jumpsuit and be mildly miserable, but the real power of it is to be able to shine a spotlight on the problem.”