Video: ‘Kill the K-Cup Before It Kills Our Planet’ 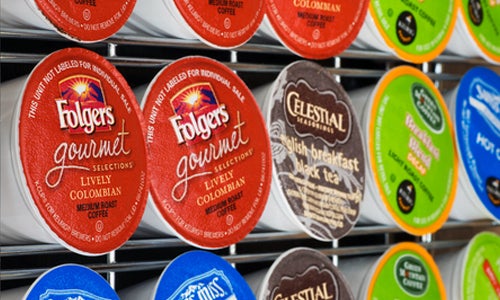 When the single-serving coffee maker first came out in the ’90s, it appeared to be a brilliant solution to the problem of how to brew a single cup of coffee when you don’t want to make a whole pot. For single-serve coffee, ground coffee is sealed in an airtight pod into which hot water is injected, making your cup of coffee always fresh. 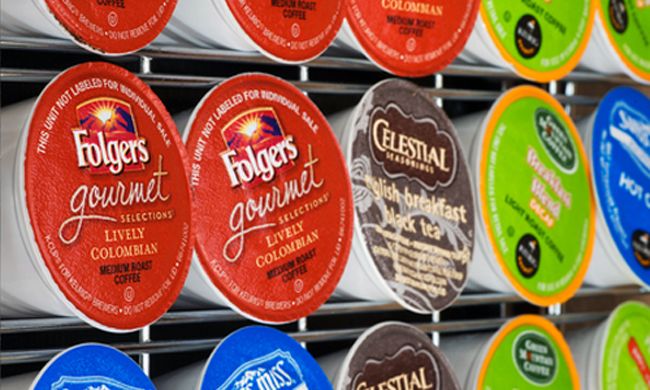 One company, Keurig (now Keurig Green Mountain since its acquisition by Green Mountain in 2006), quickly came to dominate the category as its popularity exploded and lent its name to the one-use cups, now known as K-Cups. (While it’s used generically, like Kleenex or Bandaids, it is copyrighted).

But their popularity has created an even bigger problem: a mountain of used, non-recyclable plastic cups ending up in landfills. According to Halifax, Nova Scotia-based filmmaker Mike Hachey, who has made K-Cups the target of his crusade, there could be as many as 60 billion of them in landfills. Hachey started a website Kill the K Cup to track the activities of Keurig Green Mountain and, to raise awareness, he’s made an over-the-top horror video in which a monster made of K-Cups attacks helpless young urbanites. “Kill the K-Cup before it kills our planet,” the film proclaims.

According to NPR blog The Salt, Hachey launched his mission last year after buying a Keurig machine for his office and noticing the mountain of plastic cups it left behind.

“In 2013, Green Mountain Coffee produced enough coffee pods to wrap around the equator 10.5 times,” he writes at his website. “The new Keurig 2.0 does not offer reusable filters and the existing filter does not fit on the machine. They have an aluminum lid, which is hard to separate from the cup. Even if the plastic, aluminum and coffee could be separated, the pod is too small to be handled by most recycling systems.”

He points out that other companies are making biodegradable, compostable pods, but the new Keurig 2.0 has a digital rights management system that rejects pods made by rival companies. Currently only about 5 percent of Green Mountain’s K-Cups are recyclable; the rest are made of No. 7 plastic, which can’t be recycled.

“It’s a warranted criticism,” she told NPR’s The Salt. “We’re not proud of where we are right now, and we’re committed to fixing it.”

The problem is they’re committed to fixing it by 2020, a goal they announced last year, giving them time to circle the Earth with K-Cups at least 52 more times according to Hachey’s calculation. In the meanwhile, they’ve come up with a cumbersome solution called Grounds to Grow On.

“We developed our Grounds to Grow On program as a direct response to customers asking us how they can responsibly dispose of their brewed K−Cup packs,” says Keurig. “Now, thanks to the help of g2revolution, an innovative recycling company, every brewed pack is used to enrich soil and generate energy, rather than ending up as landfill. We like to think of it as ‘creating positive change from the grounds up.'”

Is 3D Printing the Answer to Plastic Waste?