Video: Fracking the Land of Lincoln 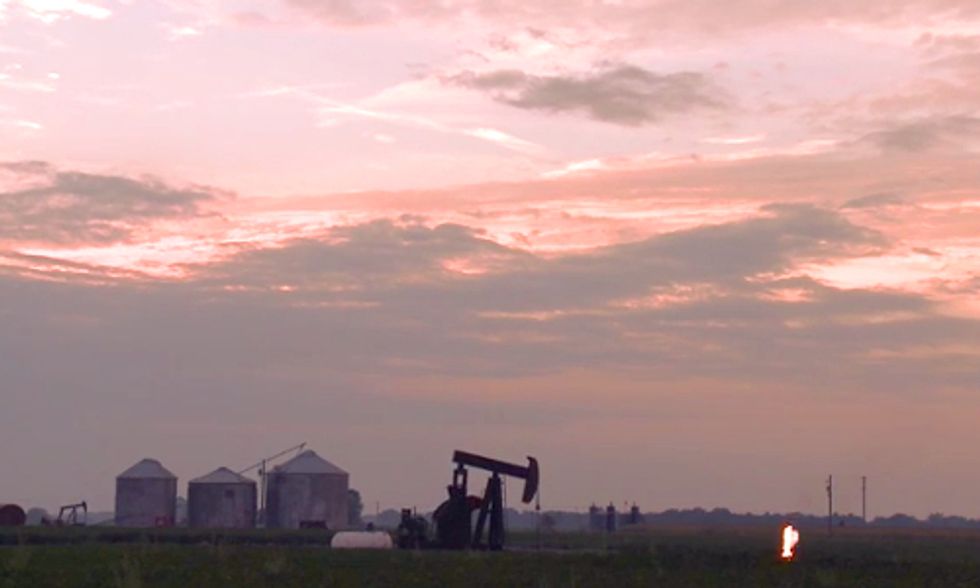 A disturbing new video of poisoned water, leaking oil rigs, and lax enforcement at Illinois oil wells highlights why proposed fracking regulation won't protect the state's environment or people. The Greenpeace interview with a southern Illinois native and former oil worker shows a fracking test well in a neglected part of the state where weak enforcement at existing wells is already endangering the public.

Illinois' new fracking law provides funding for the Office of Mines and Minerals (OMM) to hire new staff. But, that would only be a solution if lack of staffing were the primary problem. Gov. Quinn (D-IL) has refused to clean house and restructure an agency notoriously cozy with industry.

The rules proposed for fracking are a sign the agency intends to continue the same old culture of weak enforcement that allows companies to pay meaningless fines while continuing to operate. Proposed fines from $50 to a few thousand dollars are pocket change, and even those can be waived at the agency's discretion. Companies with hundreds of past violations may receive permits for new wells, as we've already seen with OMM's poor oversight of coal mines.

Many local residents understand something that groups headquartered hundreds of miles away who support the fracking law apparently don't. Even if the new law does everything it's designed to do, a fracking boom will still be a major environmental and public health disaster for downstate Illinois. A better funded OMM still can't be relied on to protect Illinois with only weak penalties and an internal culture that views themselves as partners with industry.

Gov. Quinn failed to mention fracking when he listed accomplishments during his State of the State speech today. Just last year he pushed hard for the law and bragged about it's passage. Seven months later, it's a political liability he'd rather ignore. Efforts by the movement to ban fracking, including the MoveOn Fracking Fighter petition, are shifting political realities. And people in potentially impacted areas aren't interested in settling for whatever minor, face-saving improvements to the regulations Gov. Quinn has in the works.