Why Video Calls Are so Exhausting, and How to Avoid ‘Zoom Fatigue’ 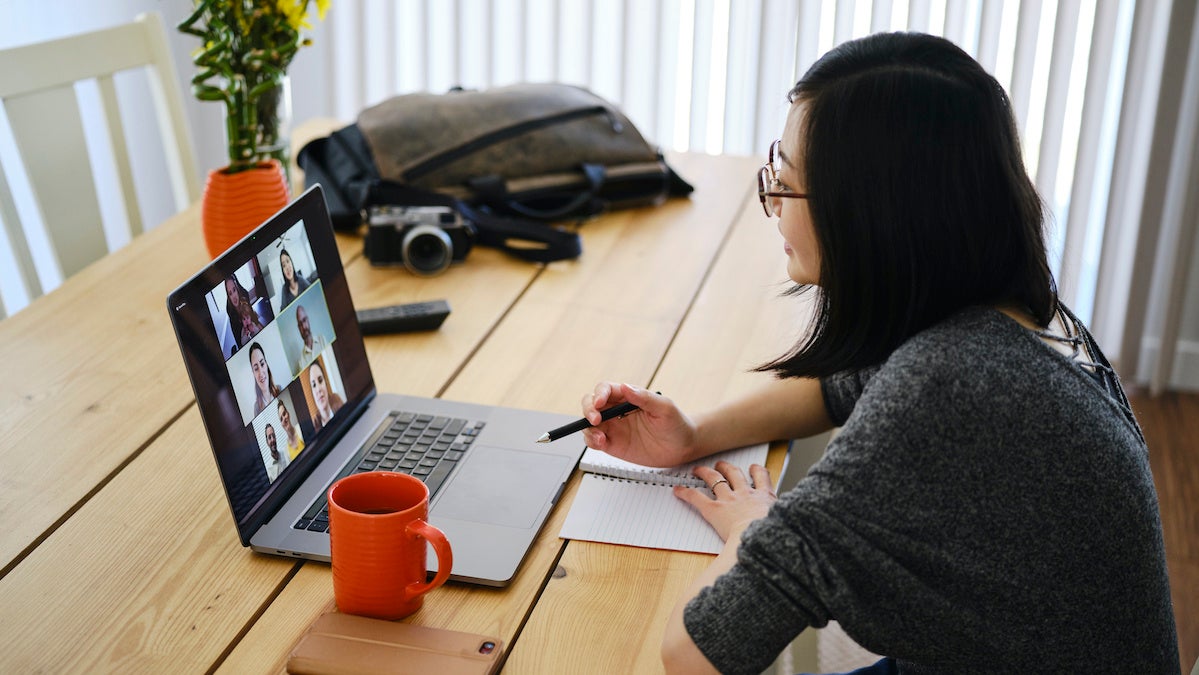 Many factors contribute to why video conferences have become so overwhelming and exhausting, but there are things we can do to ease the stress. RichLegg / E+ / Getty Images

During this anxious and self-isolated time, video conferencing has allowed life to adapt and continue on. School has gone digital, employees check in remotely with their teams and virtual dance parties are all the rage.

Critical to all this “normalcy” during such an abnormal time are video conferencing software like Zoom, the brand often used as shorthand to describe video conferencing technologies in general. Other popular options include GoToMeeting, Microsoft Teams, UberConference, Skype and Google Hangouts.

So Why Are We Tired?

“It’s Zoom fatigue,” reported DigiDay. “As millions of people stay indoors due to the coronavirus outbreak, business and pleasure [have] both moved to the virtual realm. That’s meant that nearly every single interaction most people are having is happening online — and whether it’s because of its ease of use or its ensuing ubiquity, it’s mostly happening on Zoom.”

USA Today described the new form of exhaustion as “the feeling of tiredness, anxiousness or worry with yet another video call.”

“I’m feeling more drained at the end of the day versus our days in the office,” said ad agency president Erin Riley to DigiDay. “It all starts to blur together,” Riley added, describing her ninth — or so she thinks — Zoom meeting of the day.

“When we’re on all these videos calls all day long, we’re kind of chained to a screen,” said Suzanne Degges-White, a licensed counselor and chair of counseling and counselor education at Northern Illinois University, to USA Today. “It’s just psychologically off-putting. I’ve got to show up again but the thing is, we’re not really showing up anywhere,” she said.

Many factors contribute to why video conferences have become so overwhelming and exhausting, but there are things we can do to ease the stress.

Poor sound quality is one of the biggest mistakes in virtual working — whether with video or without, reported Psychology Today.

“If it takes effort to hear people speak, the game is up,” the article noted. “Invest in sound technology so that brains, wherever they are, can [focus] on each other’s ideas, not on the intrusive thought, ‘When will the sound get any better?'”

“Silence creates a natural rhythm in a real-life conversation. However, when it happens in a video call, you become anxious about the technology,” Italian management expert Gianpiero Petriglieri told BBC. These unintended silences make us subconsciously uncomfortable.

The sheer format of video calls also creates an impersonal communication experience. Degges-White described it as creating a structure to conversation like email where one person speaks and everyone waits to reply, reported USA Today.

“That’s not normally the way we do social interactions,” she said. “It’s not that easy give and take.” Side conversations are lost and more reserved participants may never get a word in, reported USA Today. Speakers also miss out on verbal cues and affirmations from listeners who are often all muted.

Up to 85 percent of communication is made up of body language, reported Psychology Today, which gives context and depth to verbal communication being shared. Much of that gets lost or distorted in video communication, reported USA Today.

Video conferences also require more focus than face-to-face chats, Petriglieri told BBC, because we have to work harder to process non-verbal cues we do catch, like facial expressions, the tone and pitch of the voice, and body language. Paying more attention to these consumes a lot of energy. “You cannot relax into the conversation naturally,” he said to BBC.

Mental focus is also an issue, either being too much or too little on video calls.

“There is a different quality to our attention when we are online,” wrote mindfulness expert Steven Hickman in Mindful. “It’s this pressure to really be on and be responsive,” said Vaile Wright, the American Psychological Association’s director of clinical research and quality, reported USA Today.

Marissa Shuffler, a workplace well-being professor at Clemson University, noted that our “awareness of being watched” when we’re physically on camera adds stress. She said, “When you’re on a video conference, you know everybody’s looking at you; you are on stage, so there comes the social pressure and feeling like you need to perform. Being performative is nerve-wracking and more stressful,” reported BBC.

“On a video call, it feels necessary to be smiling all the time. It’s just the sense that our words can’t stand on their own. And as a black woman, I need to not be seen as angry, or just have resting bitch face. So I’m smiling. And I’m tired,” Kat Vellos, a UX designer, told DigiDay.

Another tired video conference participant called this forced facade “Wearing that ‘happy girl’ mask,” reported Psychology Today. “In the real work world, we can find moments where we can let our mask drop, but during interminable work meetings, we feel like we have to keep on that mask as long as our video image is on the screen,” the participant said.

There are also background concerns about not turning on the video screen. Leaving a profile picture or avatar up with your camera off can lead to being viewed as “absent,” even if the microphone is on and you’re actively contributing to the conversation, noted Psychology Today.

Riley told DigiDay, if someone doesn’t have their video on, or something else is going on, there’s a strange unsaid “What are you hiding?” feeling.

On the opposite end of the spectrum, many are totally distracted on group video calls.

The Convivial Society noted, “It’s especially exhausting to be continuously dropping a conversational thread and picking it up again. Something as seemingly benign as a notification flashing on the screen, even if we don’t attend to it for more than a split second, can throw us off the thread of thought, and the momentary work of trying to pick it up again takes a mental toll.”

Wired reported that despite the temptation, you can’t multitask without it being “glaringly obvious.” This means that video calls are also more time-consuming, adding to the stress of already-busy schedules.

Shuffler told BBC that often we feel obligated into these video calls. She queried whether we are joining the endless cooking, birthday parties, catch-ups and virtual happy hours because we want to, or because we feel like we ought to. Obligations, she noted, means more time that we’re “on” as opposed to truly relaxing and being ourselves.

The branding of a video call as fun or social also doesn’t erase years of conditioning, explained Petriglieri. “It doesn’t matter whether you call it a virtual happy hour, it’s a meeting, because mostly we are used to using these tools for work,” he said to BBC.

“With no delineation of work and home, most people I know are on calls all day,” Reema Mitra, a New York brand strategist told OneZero. This has caused many to feel the need to be more available and accessible to work than if they had set hours at a separate workplace, a Japanese study recently found, reported Psychology Today.

The blurred boundaries affect our own personal health and well-being, adding to general anxiety and potentially “obsessing” over work responsibilities, Psychology Today reported. Psychology Today noted that without commutes, water breaks and chats with co-workers, many are finding their bodies beat down by the constant video calls. We are spending more time sitting and in front of our screens than before, which takes a physical toll in addition to the mental stresses.

The barrage of life lived through Zoom has become, for many, a “physically, cognitively, and emotionally taxing experience” as our minds try to make sense of this new reality, reported The Convivial Society. The solution is not to avoid video-conferencing altogether, but to recognize its benefits and limitations as we consciously strive to create healthier relationships with our screens and connect to the people behind them.