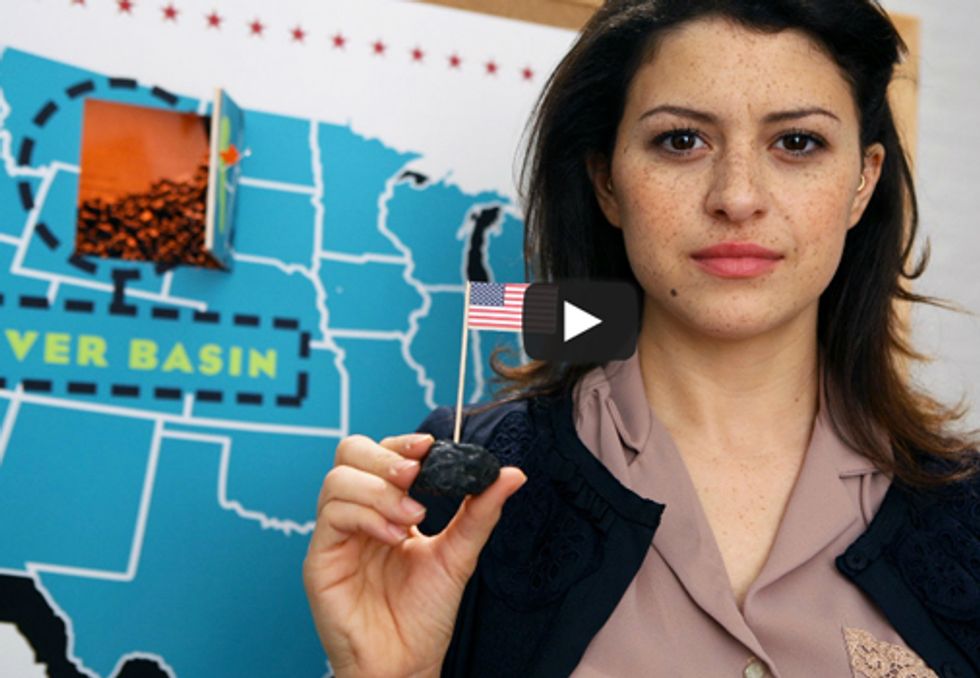 Alia Shawkat, who co-stars as Maeby in the popular television show Arrested Development, stars in a new video released today by Greenpeace which explains how a plan to ship coal to Asia via the Pacific Northwest will destroy communities and could send us over a climate cliff.

The three-minute video uses a model train set and other props to demonstrate how Ambre Energy, Arch Coal and Peabody Energy plan to go to the ends of the earth to sell their coal, even if it causes more droughts, fires and storms due to the resulting global warming.

Shawkat traces the arc of coal export proposals from the corrupt process used by the U.S. government to lease taxpayer-owned coal in Wyoming and Montana to proposed export terminals on the Oregon and Washington coasts, ending with a call for viewers to share the video and expose the coal companies’ plans.

Coal export expansions in the U.S. would release more of the carbon pollution that causes global warming than any other new U.S. fossil fuel project, according to a report, The Point of No Return, Greenpeace released last week.

The report found that the proposed expansion of U.S. coal exports would produce 420 million tonnes of carbon emissions annually by 2020—or more carbon pollution than the entire country of Spain produces.