VIDEO: A Boom With No Boundaries—How Oil and Gas Drilling is Damaging Our Public Lands 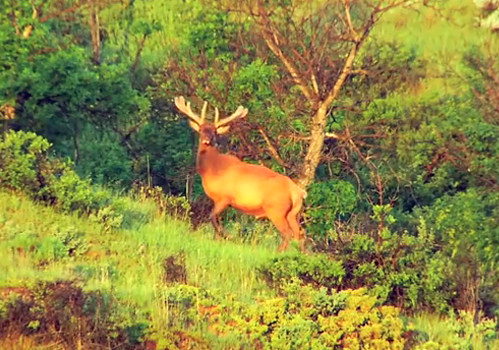 The Bakken oil boom in North Dakota has brought much-needed jobs and economic development to the region. But the fast pace of the drilling has caused many problems, including industrial-scale impacts on Theodore Roosevelt National Park and the land surrounding it.

A Boom With No Boundaries explores how one of America’s 59 national parks is already being affected by the pollution, traffic and noise associated with oil and gas drilling. And this is only the beginning of the problems, as drilling continues to ramp up on the public lands managed by the Forest Service and Bureau of Land Management around the park. This video recommends that the oil and gas industry and the Obama administration slow down and take measures to protect the national park’s resources. If they don’t, this special treasure—once the home to our greatest conservation president, Theodore Roosevelt—will be irrevocably damaged.

The story of the assault on Theodore Roosevelt National Park is only one example of how energy development and land conservation are out of balance on our public lands. Over the past four years, the Obama administration has leased two-and-a-half times more acres of public lands to oil and gas companies than it has permanently protected. It’s time for the administration to put policies that protect and conserve our public lands and national parks for future generations on equal ground with policies that promote more oil and gas drilling.