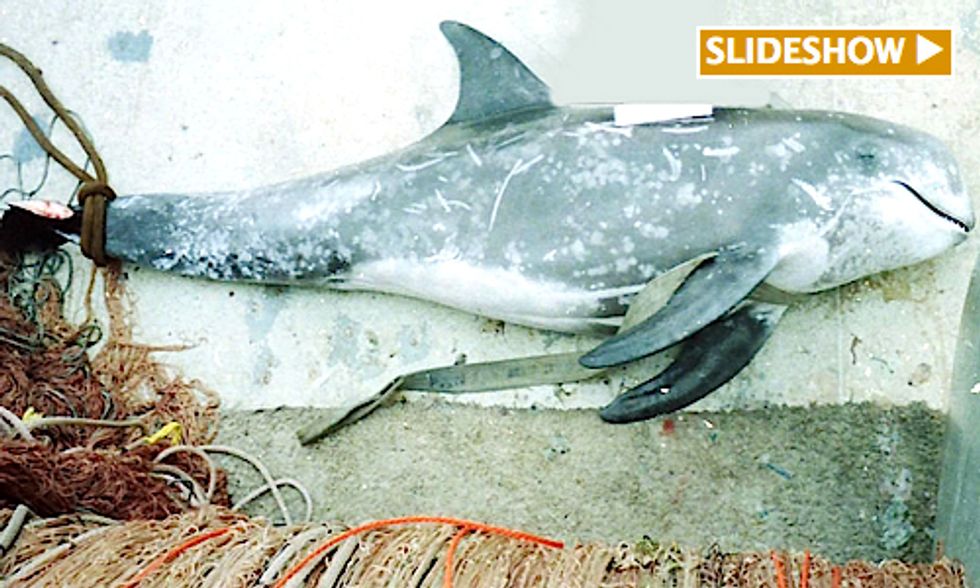 The Pacific Fishery Management Council—the 14 member voting body tasked with managing fisheries three to 200 miles off the coasts of California, Oregon and Washington—decided yesterday to cease consideration of a proposal to expand the use of deadly drift gillnets off California and instead requested extension of emergency regulations that went into effect last year to protect endangered sperm whales from entrapment in drift gillnets, until permanent protections are implemented.

The meeting in Sacramento, CA, drew unusually high numbers of public comments, including more than 40,000 written comments from Oceana supporters alone. Oceana provided testimony at the meeting and is co-sponsoring California state legislation, AB 2019, to eliminate these mile-long "walls of death" off California and replace them with cleaner and more selective gear types to ensure a vibrant, healthy, sustainable marine ecosystem and ocean-based economy into the future.

“The council took the right action by finally throwing out a proposal to expand the use of deadly drift gillnets into critical habitat for endangered Pacific leatherback sea turtles, a conservation area that is working,” said Ben Enticknap, Oceana senior scientist. “However, the fact that these invisible nets still take these magnificent sea turtles—in addition to over a hundred marine mammals and thousands of other fish annually—means the real answer is getting these nets off the water altogether.”

Drift gillnets, used to target swordfish and thresher sharks off California's coast, form dangerous underwater barriers that entangle a myriad of marine mammals, sea turtles, sharks and recreationally important fish. Once entangled in these nets, the animals become critically injured, often unable to surface for air, and most eventually drown. Between May 2007 to January 2012, the drift gillnet fishery discarded 63 percent of all marine animals it caught. Below, a Google map documents marine mammal, sea turtle, and seabird bycatch (click on image for interactive map):

AB 2019 will prohibit the use of drift gillnets to take swordfish or sharks while allowing continued fishing for swordfish and sharks with hand-held hook and lines, harpoons and experimental gears. The bill also establishes a new state policy to support a federal prohibition on drift gillnets off the U.S. West Coast. This effort is long overdue. The legislation is joint-authored by Assemblymembers Paul Fong (D-San Jose) and Marc Levine (D-San Rafael), principle co-authored by Mark Stone (D-Monterey Bay), and co-authored by Anthony Rendon (D- Lakewood), Das Williams (D- Santa Barbara) and Lorena Gonzalez (D- San Diego).

Both Washington and Oregon have already prohibited their fishermen from using drift gillnets, and the U.S. has worked for more than two decades to eliminate drift gillnets from the high seas. Federal waters off California are the only place on the West Coast that drift gillnets can be used to catch swordfish and sharks.

“We are committed to ridding the California Current of this wasteful fishing gear that results in more marine animals being thrown overboard than fish retained,” said Geoff Shester, California campaign director at Oceana. “The sooner these nets are off the water, the faster we can revitalize a sustainable swordfish fishery that is safe for California’s treasured ocean wildlife.”

In an effort to demonstrate the destructive nature of drift gillnet gear and to raise public awareness for the need to transition to cleaner alternatives, Oceana submitted a Freedom of Information Act Request to the National Marine Fisheries Service  requesting images of marine life injured and killed in drift gillnets off California. The slideshow included a sampling of some of these photos.